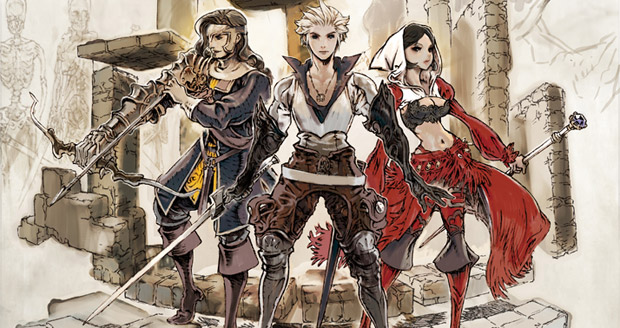 As briefly mentioned in our post about this year’s upcoming 3DS eShop release schedule, Level-5 has partnered with three high-profile Japanese designers on three separate games all due out this fall. Yes, the games of Guild 01 have been confirmed for North America and Europe, if you can believe that.

Suda 51’s Liberation Maiden, a 3D shooter in which the Second President of New Japan takes matters into her own hands, has its own dedicated website. I’ll be interested to see how much this costs, because it doesn’t look particularly inexpensive. Take a look at the screenshots to see for yourself.

Aero Porter seems like goofy fun. It’s an airport simulation with puzzle-centric gameplay that starts to click once you realize it’s from Seaman and SimTower mastermind Yoot Saito. Crimson Shroud, on the other hand, sounds a bit more traditional — it’s Yasumi Matsuno’s (Final Fantasy Tactics, Vagrant Story) take on tabletop role-playing games. Which of these sounds most intriguing to you? All of the above?