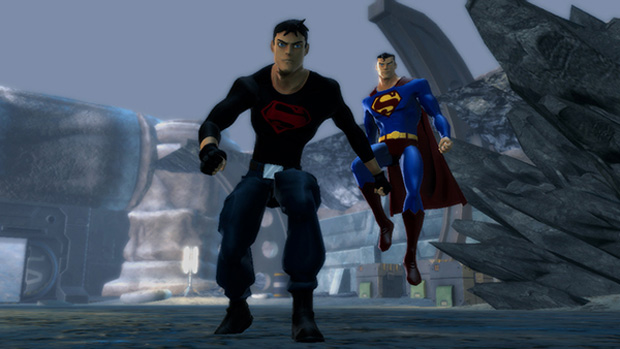 It’s ThunderCats all over again

Young Justice was a show about the DC universe sidekicks going on world-shaping undercover missions while the main superheroes battled the much more public threats. Sounds badass, doesn’t it? Too badass for Cartoon Network, apparently, as the series was canceled this past March due to low toy sales. It’s so wonderful knowing that a show’s survival rests not on the quality of content but on its merchandising viability.

But that’s not stopping developer Little Orbit from finishing up Young Justice: Legacy and releasing it on PS3, 360, Wii U, PC, and 3DS. The game, which bridges the first and second seasons of the show, was supposed to come out earlier this year before being pushed back to September 10. Little Orbit likely decided to cut their losses and try to make some money back. Look at the character models — they are just as dead as the show’s chances of revival.

Hark! What’s that I hear? That, my friends, is the sound of history repeating.

This is exactly what happened to the ThunderCats DS tie-in, left to flounder in a market that had already forgotten about the property it was based upon. The devs behind that disaster must have also stopped caring, because the game wound up being a hot steaming mess. I doubt Young Justice: Legacy will fare any better.