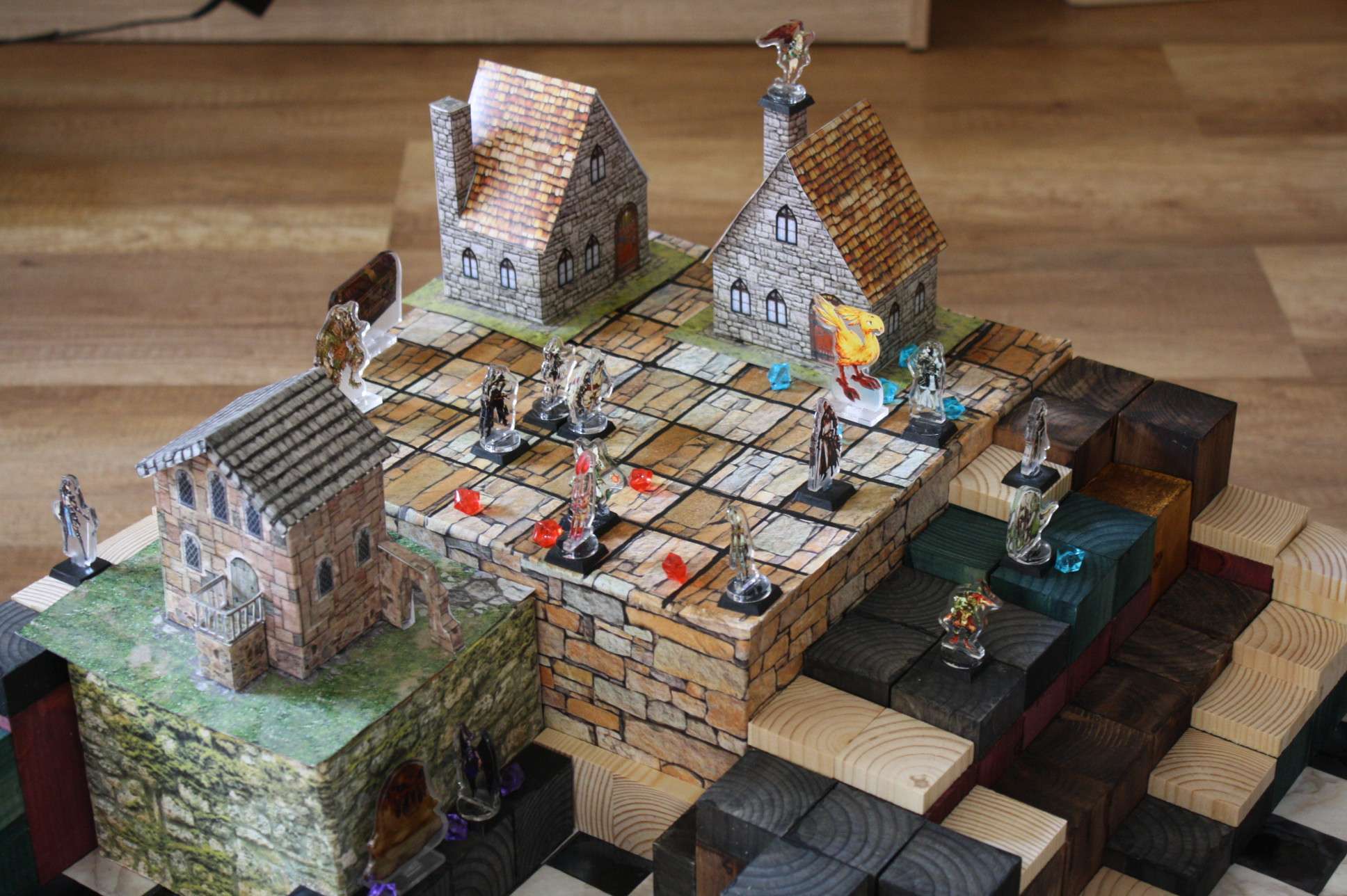 I will never forget the Orbonne Monastery

A self-proclaimed “psychofan” of Final Fantasy Tactics has unveiled their creation to the world by way of a Polish blog: a home brew Tactics board game.

In the post the creator showcases rule sheets, the finished project and various phases of construction. They cite their influences as “Warhammer, Vampire, Cyberpunk, and Neuroshima,” and worked through “over 100 pages in Word” and “70 pages in a notebook” to come up with the concept for the game.

After humble beginnings with “mega pizza [boxes] and Styrofoam,” the idea evolved into something greater after they teamed up with a programmer. Yep, amazingly, this concept so so well thought-out that it actually uses an app to calculate stats, including instant adjustments for gear changes.

Even more incredibly this collaborative process took place over the course of six months over the internet, and resulted in a system where players could swap in whatever characters they wanted with statlines and jobs. Several aquarium plants, etched dice, and an IKEA table later, the Final Fantasy Tactics board game was born. Astounding.

Given the nature of the SRPG genre it stands to reason that with enough ingenuity you can convert pretty much anything into a board game, evidenced by official tabletop adaptations like XCOM.