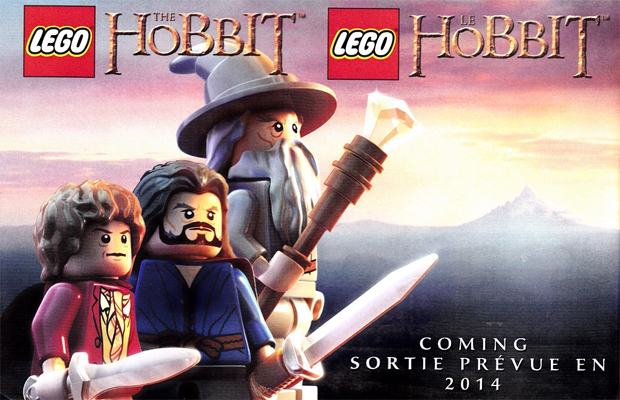 Are ready to revisit Middle-earth?

Over on the Brickset forums, a teaser page for a LEGO The Hobbit game has been found in the instruction booklets for the upcoming LEGO sets based on The Desolation of Smaug.

Warner Bros. hasn’t announced this yet, but the ad suggests the game will launch on Xbox 360, PS3, Wii U, PC, and 3DS next year. I’d wager PS4, Xbox One, and PS Vita releases are also likely. This is LEGO, after all — it’s coming to everything.

Presumably, the game will cover all three of Peter Jackson’s Hobbit films. It darn well better! For as much as I enjoyed LEGO The Lord of the Rings, I don’t know that I’m keen to play more of this stuff. Perhaps that’ll change over the course of next year.