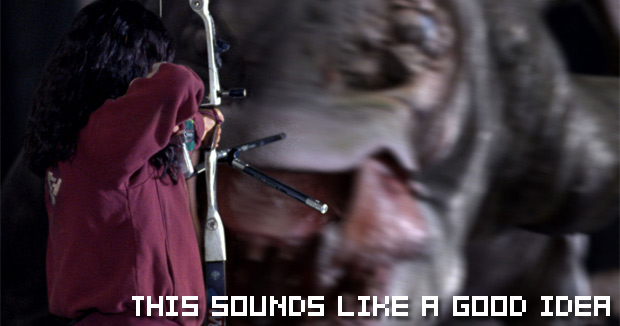 A videogame adaptation of The Host would have turned out pretty bad, I imagine, but there’s no way it could (theoretically) top the upcoming first-person shooter based upon The Host 2.

Now I know Jonathan recently listed some horror movies he’d like to see as videogames, and as fate would have it, he had some ideas for how The Host could be retold as an interactive experience. Based on the first details for The Host 2 (the game, not the movie), his ideas were too good for such a project.

As I mentioned earlier, it’s going to be an FPS. But wait, it gets better: the game stars “mutant humanoids graced with superhuman skills.” And finally, it’s headed to every platform imaginable — even mobile phones.

So, basically, the game is going to be an awesome licensed title that is in no way an attempt to make easy money. Gotcha.

Filed under... #Survival Horror#What the hell was that?