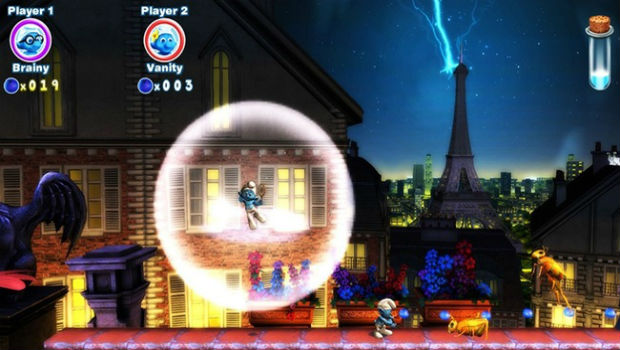 In WayForward I trust… maybe

Even as a fan of the original cartoon as a child, I just couldn’t get into the new Smurfs film, even on a base level. But WayForward maybe change that, at least in the videogame realm, with a The Smurfs 2 game based on the upcoming film sequel.

Although it seems as if the game will tie in heavily with the upcoming movie, it will feature four-player co-op platforming action on the 360, PS3, Wii, and Wii U. The Wii U version will have a feature that allows a fifth player to take control of “Clockwork Smurf,” in a currently unknown role.

It seems as if WayForward is continuing its tradition of working with more and more big publishers for platformers, which could be a great thing as long as it keeps producing quality products — I just hope Smurfs is part of that equation.

Feel free to check out the trailer above, or some screens compliments of the Official Nintendo Magazine.