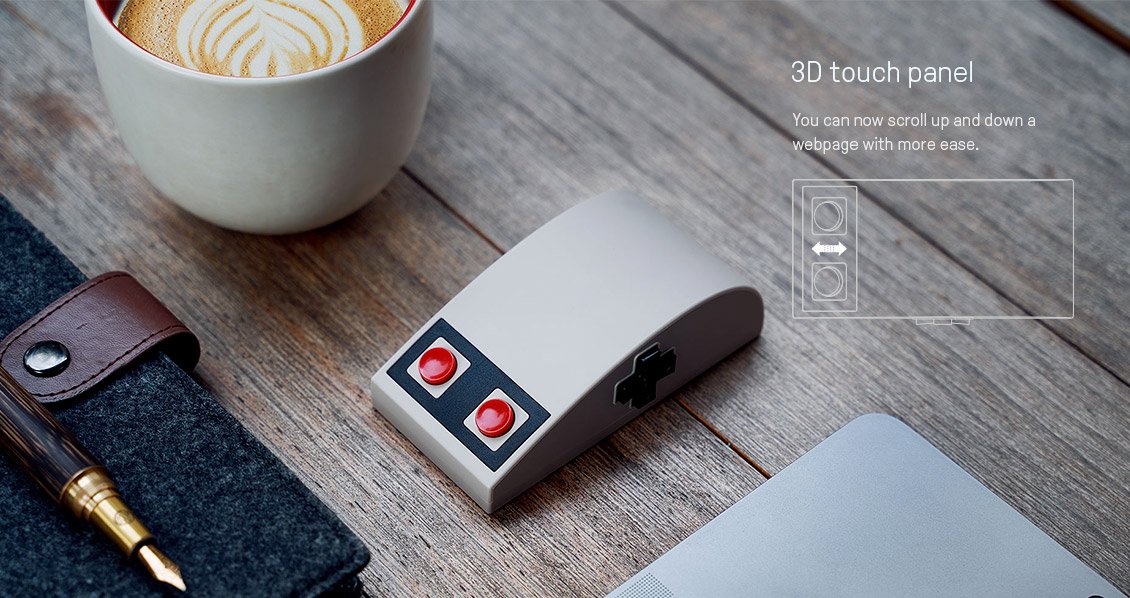 The video game hardware company 8BitDo has been on a roll lately, and while its latest device is highly niche, it’s also fascinating. The company is now selling an NES-style wireless mouse for PC and Mac.

It’s as if someone reached into a wormhole to pluck this out of an alternate reality.

Modern tech aside, the 8BitDo N30 looks like a real product Nintendo could’ve made. I can picture it sitting in a Nintendo Entertainment System collection next to an NES Advantage and an NES MAX.

The N30 was a collaboration with designer Daniel Jansson, who’s been pondering this “what if Nintendo tried making a mouse in the late-’80s?” scenario for years now. It has a functional D-pad (used for Page Up, Page Down, Forward, and Upward), a touch panel lurking in between the two oh-so-pressable red buttons, 1,000 Dpi, and an expected battery life of 100-120 hours on a single AA battery.

If this speaks to you, just set aside $25 for the mouse and its included 2.4GHz receiver.