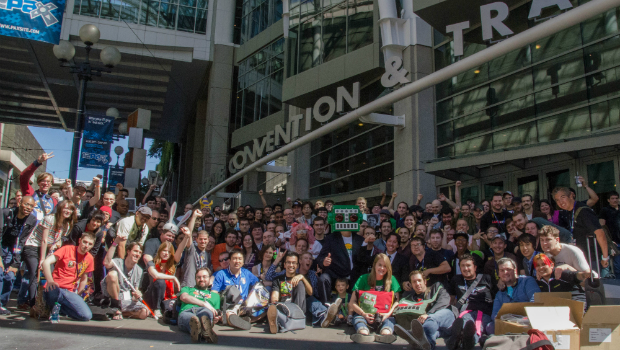 Destructoid has an awesome fucking community. Whether we’re chatting it up online, gaming together during the week, or meeting up and grabbing a beer on the weekend, there’s always something going on worthy of note.

In that spirit, we on the Dtoid Community Team have thrown together this monthly round-up of everything happening in and around the community! We’ll scour the cblogs and forums for awesome posts, recap our latest community playdates, highlight community podcasts, and give you the low-down on any NARPs you may have missed.

Fun? FUN! Now hit the jump to see what happened in September! 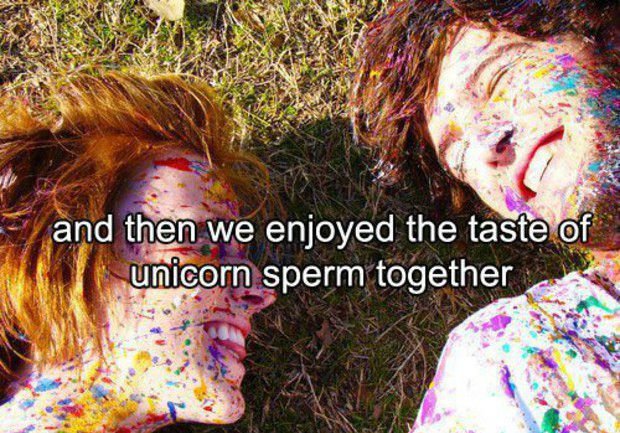 September was certainly a busy month in the Cblogs! Borderlands 2, the Wii U, gender issues SEX… you people covered it all!

Most notably, this was probably the best month for Promoted Bogs we’ve had in as long as I can remember! Between the homages you paid to videogame’s superfans and the father of the Game Boy, three wonderful PAX blogs, and more, eleven of you had your hard work rewarded with front page treatment this month (that’s one every 2.72727272727 days)! So give yourselves some hearty slaps on the back for a job well done!

We also saw seven new episodes of some of the best Dtoid Community Podcasts in September from the cool guys and gals over at the Secret Moon Base, ZeroCoolPodcast, and TheFilterPodcast! If you aren’t listening to these talented groups of Dtoiders every week, your ears are missing out!

On top of all this, we on the community team launched a new weekly Community Blog Roundup feature this month, where we build upon the hard work being done by the dedicated Dtoiders on the CblogRecaps crew and highlight notable community blogs on the front page. Just because your blog didn’t get promoted doesn’t mean it doesn’t deserve an honorable mention, after all!

As awesome as all that was, after all’s said and done I think my personal favorite blog for September had to be LogicallyDashing’s interview of Dtoid founder Niero. Be sure to check it out for a peek behind our robot overlord’s sexy curtain! And be sure to keep up the great work in October, everyone! 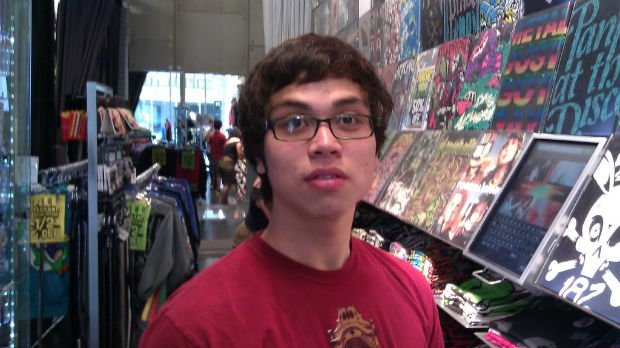 Game threads, we have them! The Resident Evil 6 demo recently came out, and popular opinion in the Forums seems to be that Capcom has infected the game with the “meh” virus.

If you’re looking for a sequel with a little less disapointment, check out Borderlands 2! Who am I kidding, you’ve probably been running around the desert collecting lock boxes for a week now.

I honestly didn’t know much about Dark Souls before writing this, but according to the trailer I just watched you go around killing creepy monster things with swords and/or fireballs. I can approve of that.

Speaking of killing creepy monster things with swords and/or fireballs, Torchlight II just came out and people are super jazzed! I’d probably be super jazzed too, but I only just picked up the first game in the last Humble Bundle.

The long-awaited Half-Life mod Black Mesa has been released! Finally you can replay the first adventure of everyone’s favorite goatee-rocking PhD in cart-pushing and crowbar combat, now with shinier graphics!

For today’s “Thread I thought I’d have to delete at first glance but then it turned out to be awesome”, we have The Hottest Teenager You Know – Dreamcast Turns 13! Take a seat right over there and give your age-appropriate love for Sega’s console swan song!

Our friends over the pond just had their big gaming convention of the year, Eurogamer. If you wanna hear about all the fun you missed or exchange pictures with them check out the Eurogamer thread over in the NARPs section.

While you’re there be sure to give a shout out to the folks in the MAGfest thread to get in on the group rate badge order and book yourself a space in the Dtoid block of rooms for the event. Never made it to a MAGfest myself, but I hear it’s the bee’s knees.

Finally, with the sacred tradition of All Hallow’s Eve encroaching upon us I feel the need to direct your attention to some threads that will keep you up at night:

The Forums edition of Werewolf is still going strong. What better way to convince yourself that everyone is out to kill you than to play a game where everyone is, in fact, out to kill you? (Except the people that are totally not werewolves, totally?)

If backstabbing and deduction aren’t your thing then there is always Dtoid’s classic Horror thread where you can talk about all your favorite slasher flicks, scary stories, and things that go bump in the night.
Still not scared? Want your terror in quick, meaty chunks? Sounds like somebody is ready for someNightmare Fuel. Share all the creepiest pics, videos, and short stories the internet has to offer with your fellow Forumnites. This is one of my current favorite lurk spots right now; make me live to regret that. 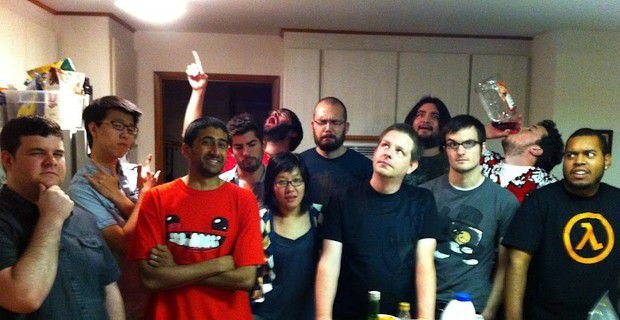 PAX, the time of year when a young man’s fancy turns to love. This year was an absolute blast. Or, at least I was blasted. I was there all of a day-and-a-half, and half of that I was blacked out. From what I hear though, a great time was had by all, and no one got pregnant.

What I was present for was awesome enough that it kept me awake for over 30 hours and drinking for 18 of those. I know you scoundrels: you kept it up like that all weekend. My night disappeared sometime after I was doing shots with some blonde British girl. Next thing I knew I woke up on someone’s couch something like 15 blocks away. I’d lost my hat, my keys, and my dignity, but damned if I didn’t have a good time.

Unsurprisingly, all of this month’s NARPage revolved around PAX. People crashing other members’ residences tends to happen when a ton of Dtoiders end up in one place. A perfect example of this hospitality can be seen from knutaf, who had people at his house for most of the week. He was even nice enough to not yell at me when I was making a mess shotgunning beers on his patio. At like noon.

IcarusKills had people over for fun in the sun on his rooftop! Amazingly, no one fell to their death. I think. I wasn’t there and people can keep secrets very well when death is involved. Anyway, you can check out some pictures of that and many more in this awesome photo blog from Meanderbot.

A pre-PAX grill-stravaganza was had by Panamusica. He invited pretty much everybody to stop by his place before PAX on Thursday afternoon for food and frosty beverages. Let me tell you, that guy can grill. He and his family were amazingly hospitable to all that showed up. Also, you may have seen him as the Mr. Destructoid with the young son that was present during the panel and saw that sneak peak video when he probably should have. Sadly, I can’t find any pictures of the cookout, but here’s Panamusica(right) and Mr. Gobbldigook brofisting, apparently about 9 drinks past sobriety.

All in all it was an amazing weekend.  But hey, at this point do we really expect any less from Destructoid?

Here’s what I know about the future, aside from the fact that my sex life is just going to go downhill since I hit 30. Right now Panamusica and Mr. Gobbldigook are planning a Destructoid Thanksgiving!  You might want to check this out if you live in the Pacific Northwest. Provided I don’t get stuck dealing with scabby meth addicts at my day job, I will definitely be there!

Planning NARPs in the future? Know of any events you think should get mentioned?  Let me know! 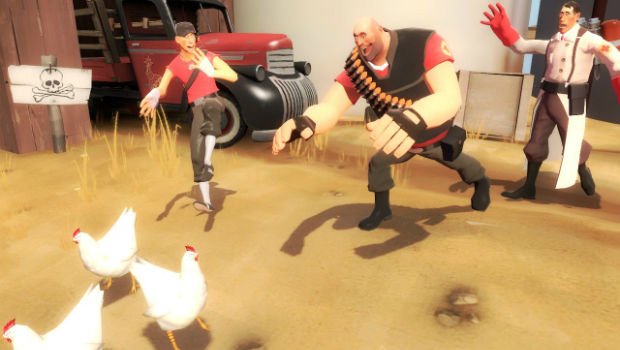 I’m going to go out on a limb and say that if you’re reading this you are probably aware of our crazy system of Community Playdates. If for some reason you’re deathly allergic to playing with your fellow Dtoiders you better ready your EpiPen as I’m about to blast you with so much second-hand fun you’ll end up in the hospital.

Every week throughout September we’ve hosted two glorious meetings a week: Team Fortress 2sdays and Friday Night Fights. Taking place on our “fancy-as-hell server machine” on Tuesday nights, we’ve developed quite the little Team Fortress 2 community. You’ll have to check it out. On Friday nights different community members offer to host some of their favorite games and make them open to join by the community. Xbox 360, PlayStation 3, 3DS, PC — it’s a bit like having an internet-wide block party every single week.

Try not to get murdered.

Welcome, Bienvenue, Wilkommen, Bienvenido. (For the Americans amongst us, that’s just the same word four times.)

The European convention season is just about wrapping up, and what a season it’s been. August saw the world’s biggest trade show, the infamous gamescom, held in Cologne once again. We had a handful of Dtoiders in attendance, but as everyone who went is lame and didn’t write or do anything for me to link to, we’re going to move swiftly on. Fix up! That said, the lovely Dan Carneiro did a beautiful video focusing on two indie developers in attendance and it’s well worth checking out.

Speaking of Dan, he also participated in the Adventure Time Game Jam with Dtoid’s own Jake Clarke and Justice, so if that’s your thing, give it a try and let them know what you think.

I’ve had twenty hours of sleep since Wednesday and I’m falling asleep on my keyboard, so that can only mean that I’m fresh out of this year’s Eurogamer Expo. In the words of Thor, “We fought, we drank, we made our ancestors proud.” Keep an eye out for our foam Mjölnir emblazoned with Destructoid stickers!

This year’s activities saw us attending an obscene amount of developer sessions and playing the odd game here and there. Mainly Luftrausers, which I am moderately good at. We also abducted Vlambeer’s Rami Ismail for the weekend and gorged ourselves on pizza. Outside of the expo, we caught a showing ofLooper (you should watch it), attended the StickTwiddler’s afterparty in aid of SpecialEffect (you should support them), and drank cocktails (you should join us next time). The awfully talented AceFlibble has already uploaded his photos from the expo, putting mine to shame in both quality and turnaround time. Jerk!

A huge shout out to community member iceblight for his overwhelming hospitality in putting up and wining and dining everybody in a ten-mile radius. He does this on a regular basis and it’s safe to say that without his input the Eurogamer Expo would be a mere shadow of what it means to all of us.

Thanks to everyone for reminding me why we’re the best regional group. (Don’t you start, DtoidSF.) Until next time, folks. [A small PSA to everyone planning on attending MCM Expo: Don’t.]

And that’s it for September! Got any ideas for making this feature better? Please sound off in the comments!