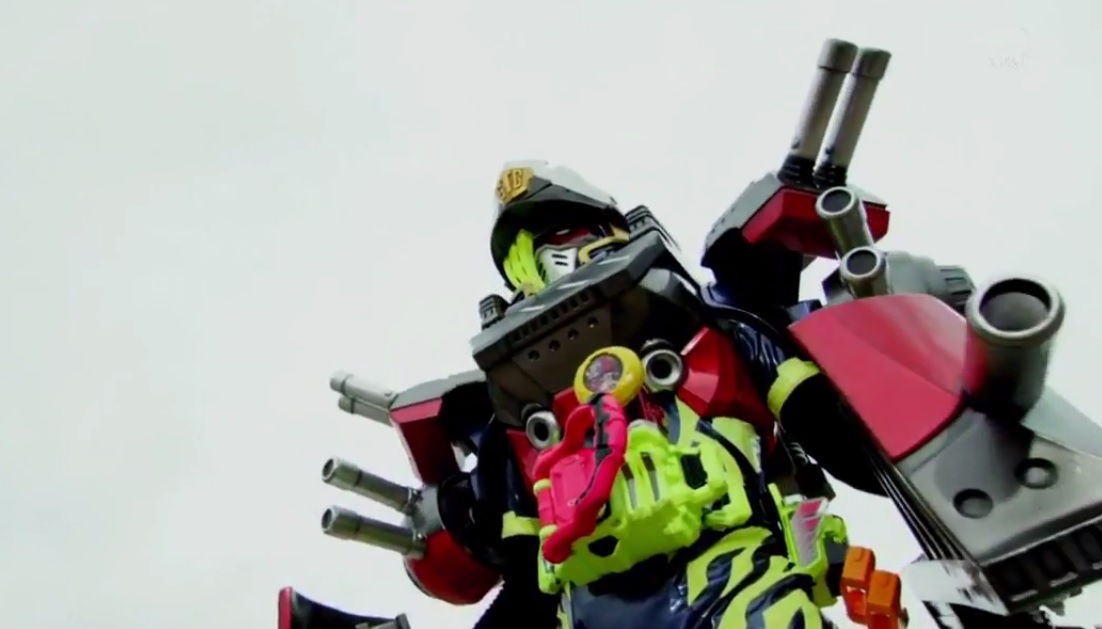 Back in the days, we were treated to a Power Rangers spin-off called Masked Rider. My memories of the show are its hero using a beam sword to slay his opponents, along with the creepy Furby-like mascot. While it wasn’t an amazing series, I heard good things about the source material, Kamen Rider Black RX. Also, the annoying furball wasn’t in the original program.

In Japan, the series is part of an ongoing franchise, with the latest show, Kamen Rider Ex-Aid, revolving around video games and the medical field. To an extent, its early parts feel like Dr. Mario as a live-action superhero title. While we’re on the topic of bug-like heroes, Bandai showed off their S.H. Figuarts figure of Kamen Rider Snipe Level 50 Simulation Gamer, one of the program’s supporting/rival Riders, at the Akihabara Tamashii Nations showroom.

One of the things I love about Bandai’s action figure line is how their tokusatsu characters are close to the show’s design. For a prototype, they managed to capture the character’s Splatoon-inspired colors, along with its reference to games like World of Warships and Kantai Collection/Kancolle. All in all, it’s a nice genre to go with Snipe’s first-person/third-person shooters motif. This is coming from someone who finds a majority of Ex-Aid’s suits to be odd, except for Brave, the show’s RPG-themed Rider.

While the figure didn’t get a price or release date, I’m interested in seeing how it’ll change with its final design. Until then, I’ll try to catch up with Kamen Rider Ex-Aid so I can see how Snipe’s Level 50 Form came into existence.