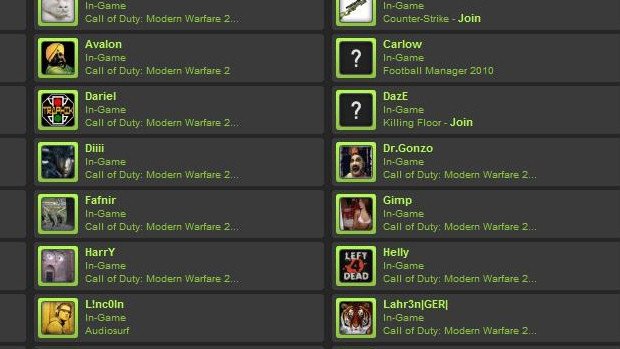 Infinity Ward won itself no friends when it announced that dedicated servers had been scrapped for Modern Warfare 2. Nerd rage was radiated, petitions were signed, and boycotts were joined in order to show Infinity Ward and Activision that they will not be moved on this issue!

Now that the game is out for a few days, let’s check and see what the Modern Warfare 2 boycotters are playing. Hopefully they’ve found all sorts of other games to play to really slap Activision in the face. Oh … oh wait … everybody’s playing Modern Warfare 2.