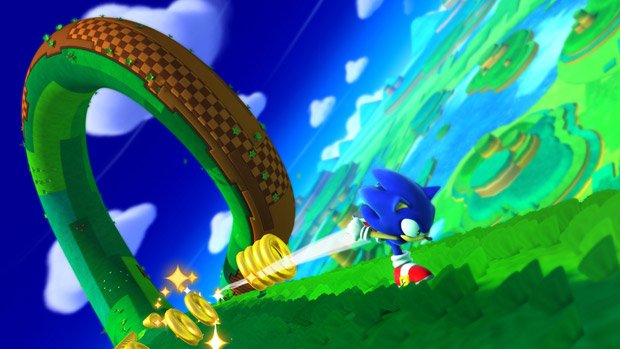 I could go for a chili dog right about now

We got a look at the trailer for the upcoming Sonic Lost World, but now you can feast your eyes on three whole levels and the 3DS version, compliments of a video preview from IGN. You’re basically getting a full look at the game here, with almost thirty minutes of footage total — in short, it’s like Mario Galaxy meets Sonic.

If the 3DS version is your huckleberry, there are three videos below for it as well. I have to say, although this is typical “Sonic Cycle” fashion wishful thinking, that Lost World looks great. I’m not even sure what version I prefer at this point, but both the GamePad and 3D effects sound enticing. Keep your eye on this one — I’m sure nothing will go wrong, right?