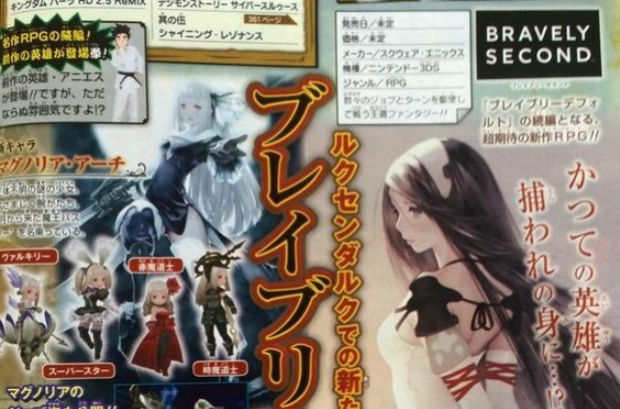 Bravely Second is on the horizon, and the latest issue of Jump Magazine gives readers a sneak peek at Magnolia and Agnès from the upcoming sequel to Bravely Default. Unfortunately, I can’t read much Japanese. But this sneak peek hearkens back to the previous announcement that additional info would arrive in summer, not at E3. Looks like this is it.

The game’s still in development thus far, but seeing Magnolia’s job costumes is exciting enough for me. Look how majestic she is! I can’t even stand it.