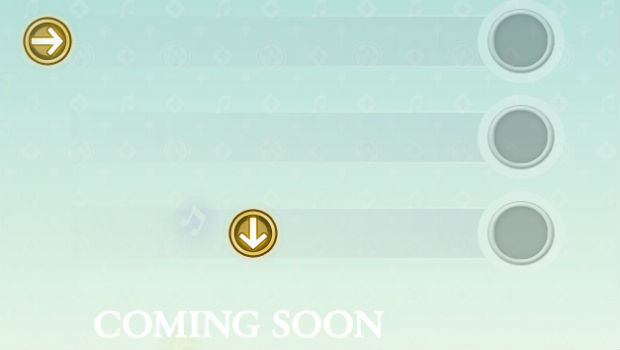 I love iOS gaming — I really do. Over the years, a number of amazing original games have enamored me into playing more and more on the mobile market, and it’s allowed a ton of indie devs to flourish with low development costs and high potential sales.

But there’s one thing iOS gaming does that leaves a bad taste in my mouth: it steals the thunder of teasers. Yep, when a teaser site used to pop up for a franchise in the old days, everyone would go ape over a potential sequel, or a spinoff. Now, everyone’s rolling their eyes and saying, “yawn, it’s probably another iOS port.” With Square Enix, it’s happened before.

Here we go again it seems, because in the case of this new Theatrhythm teaser site that simply states an announcement is “coming soon,” an iOS port may very well be in the cards (or it could be Theatrhythm Dragon Quest — a man can dream, right?).

Of course, an iOS port wouldn’t be a bad thing at all, as I think everyone who likes rhythm games should play Theatrhythm Final Fantasy — it’s an experience that shouldn’t be restricted to 3DS owners exclusively. Still, a sequel or another game would be great!