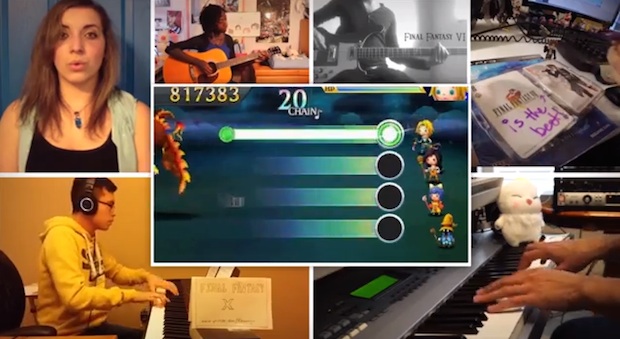 Picked by Nobuo Uematsu himself

The Theatrhythm Final Fantasy Curtain Call Legacy of Music contest results are in! Final Fantasy series composer Nobuo Uematsu picked the winners himself (I’m still kind of freaked out that he heard my contest demonstration song)!

As a refresher, contestants were to upload a video of their performance of the Final Fantasy main theme.

“I’d like to thank all the fans who submitted their videos to the Theatrhythm Final Fantasy Curtain Call contest,” said Uematsu. “All the submissions were extremely well done, and it was a difficult task to pick from among them, but I’ve selected the works that had the most distinctive construction.”

The grains price is a trip to a Distant Worlds: Final Fantasy concert saw well as a selection pf prizes. Congrats to Miles for taking top prize! You might know him as UberGuitarDude on YouTube. Good move, Miles; Uematsu likes to rock out.

Uematsu personally congratulated the winners in the below video. How great is that?

Stick around after Uematsu’s talk as you’ll find the “Legacy of Music Grand Finale” video, which blends entrants’ videos into one piece. Whoever put these together did a wonderful job. I’m in there a few times, too!