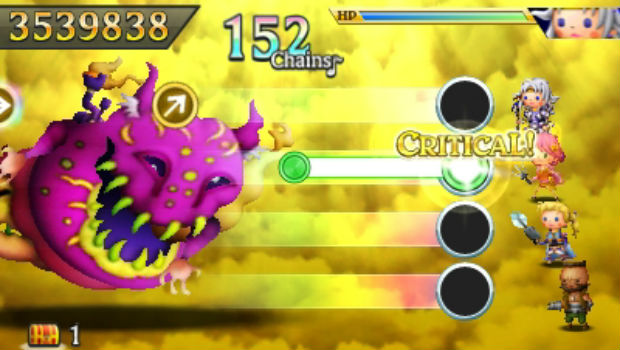 Theatrhythm Final Fantasy Curtain Call might be on the way overseas eventually, but it’s already out in Japan, and they already have some DLC. The first character will be Yuffie, and a number of songs have been added to the game’s DLC database (below).

If you already have the game, you can grab two songs (Battle 2 and Roses of May) from April 2nd until May 8th. All in all I think Square Enix is a little out of control when it comes to DLC (the add-on songs cost more than the first game!), but I’m really excited to try out Curtain Call.