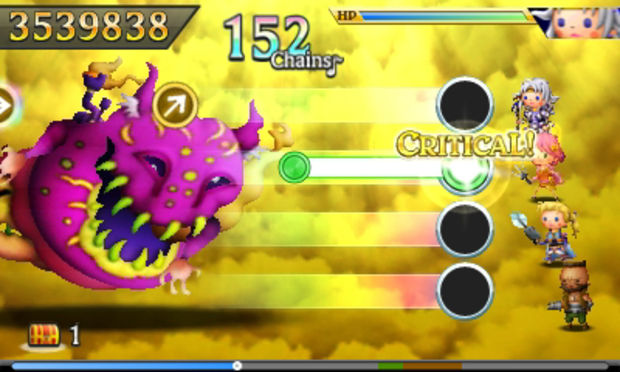 Square Enix has just sent over word that Europe is getting a demo for Theatrhythm Final Fantasy: Curtain Call. It’ll drop on September 4th, and will feature two songs — “Edgar and Sabin’s Theme,” and “Those Who Fight.”

To be honest gameplay is very similar to the original game, so only go through the effort of downloading if you haven’t played the series before. The full game will arrive on September 16th, but we’ll have our full review available shortly before release.