If we’re being preposterously basic, videogames are about universes. An unmatchable chance to step into another world and be someone else for a while. It might be fighting against the evil empire or not letting the terrorists win, but there’s always a setting. More often than not, that setting is a horrid place — somewhere you wouldn’t normally set a foot, but is safe to explore digitally.

The Capital Wasteland. Wilamette. Rapture. Afghanistan. Silent Hill. That room where they kept Raiden when his Liquid Snake was exposed.

Other worlds are nicer. Places you’d like to visit, maybe even live in if you could. Videogames don’t always have to be about horrible nightmares and grimly realistic portrayals of the ass-end of society. They can be safe havens and utopias. Continue onward for a tour of the most exemplary examples of fictional real estate. 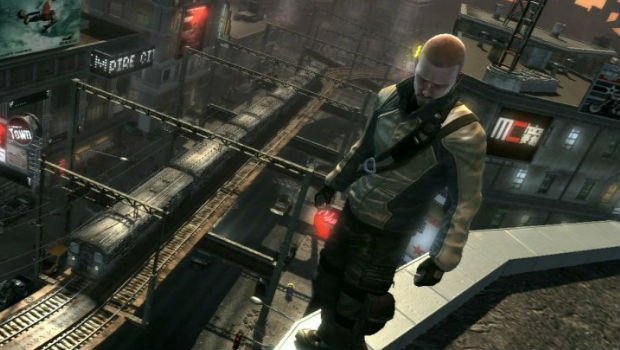 The first time you catch sight of Empire City, it explodes. A giant, expanding dome of electrical death blows everything to tiny bits. The once proud urban island is now a twitching corpse lying cracked and broken. Gangs of criminals run the streets, some of them armed with crazy super powers and antisocial hoodies. Entire districts are on fire.

That’s the charm, of course.

Empire City brings the phrase “lived in” to new and filthy levels. Because of the explosion, the city has been torn to pieces and cut off from the rest of society. There’s no food, rotten trash is seeping out of every alleyway, the streets are littered with burned-out cars and people are dying.

Sucker Punch have crammed a ridiculous amount of detail into all the nooks and crannies, with each building lovingly adorned with dirt, scrawled over with graffiti and outlined with neon.

And it’s the neon that really catches your eye. The bright lights shining out at you while you go about your business catching bad guys – or being a very naughty boy. Cole is electrically motivated, meaning each piece of sparkling scenery isn’t just eye candy, it’s power. Every light fixture, telephone pole, fuse box and passing sedan is a potential lifeline.

So you’re a parasite, sucking the essential juices out, but you’re also a superhero. As Cole helps the city – via tiny errands like “save these guys”, “kill these guys” and “race across the city for a perfectly valid reason, I’m in the FBI, don’t question me” – it begins to rebuild itself. Block by block, the streets get clean and the bad guys wearing dustbin hats go away. Things return to normal, and it feels good. A feeling of connection grows between you and Empire City as you beaver away, and it instills the same sense of pride I get when I clean my apartment once every six months or so.

This is your city. You live in it, you work in it and it’s a damn nice place when it isn’t full of giant piles of sentient garbage and sexy bald junkies with lizard tongues. 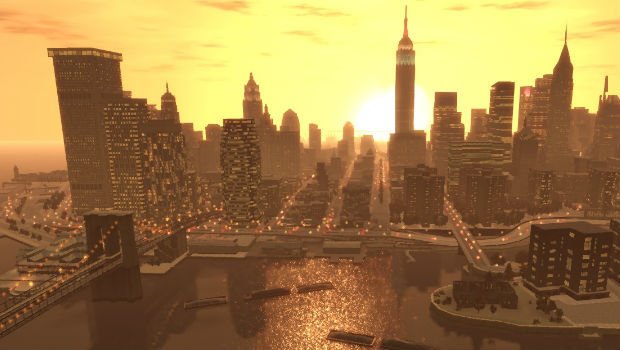 When you step off the boat in Liberty City, you know about as much as a tortured Eastern European immigrant with an annoying, fat cousin. Grand Theft Auto IV’s city may be based on New York, but it’s a beast all of its own.

It’s not a particularly amazing looking place, Liberty. As I said, it’s a softly brown representation of an American metropolis. But it’s in the presentation where things shine. Parts of town don’t just feel like locations in a game, they feel like real streets connected to a real city. Cars pass by and honk their horns for no reason, trash blows by, people buy hot dogs from corner stalls and complain about the prices.

The illusion of reality is an engaging performance all on its own. If I step out into the street and block traffic, some jerk-off in a van might decide to introduce his fist to my balls. During the fight some bystanders may start cheering or run away screaming, then perhaps someone accidentally gets violently involved. Now two fat guys in tracksuits are chasing me down the street and they get arrested for assault. On the off chance I have something else to do besides videogames, I sometimes leave the game running and the city becomes my window, so I can watch that prostitute chase a Mexican guy down the street while I cook noodles.

All that happens before you even get to the Euphoria Engine, which turns robots wearing people skin into living, breathing, urban assholes. Then you can push them down the stairs. 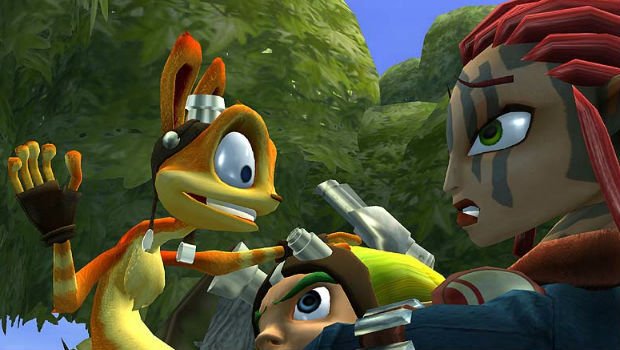 You can take your hard-hitting realism and shove it up your grain filter. If I could live in only one digital universe it would be Jak and Daxter’s home turf. It might not have a name, but just looking at it makes me want to kiss Julie Andrews on the mouth.

I mean just look at it.

It’s so colorful and friendly and lush and freaking comfortable. It’s like every day is a visit to the carnival, every hill is a free ride and all the people are made of delicious, huggable candy. Your best friend is an otter-weasel, there are magical ruins all over the place and every girl is a cute elf girl.

Even when it all goes horribly wrong and you travel through time only to be captured and tortured by an evil baron, don’t despair. The dark future is still brighter than a bag of rainbows, the evil baron has a deliciously comical moustache and the torture actually gave you the power to turn into a half polar bear, half elf hybrid.

Everyone you meet has been pulled out of some wonderful pantomime universe where people decided that yes, they will wear hipster jeans and a mini tube top to command the military. Yes, they will shave off their beard, except for two weird strips, and live in the desert with a Hispanic monkey-parrot. Yes, a monocle does make it easier to take over the world.

This is a world where it is not at all unusual to meet a morbidly obese man who owns a hover chair and spits smaller hovering clones at you when he gets angry.

And there is always some crazy shit going down. If you’re not hover-boarding through the forest smashing evil alien plants, you’re defeating a brother and sister who want to drown the world in toxic waste, or sending yourself back in time as a baby, or fighting giant spider robots. Or maybe the guy you beat in the championship race has become a cyborg, and he’s going to blow up everything with a purple spaceship of death. 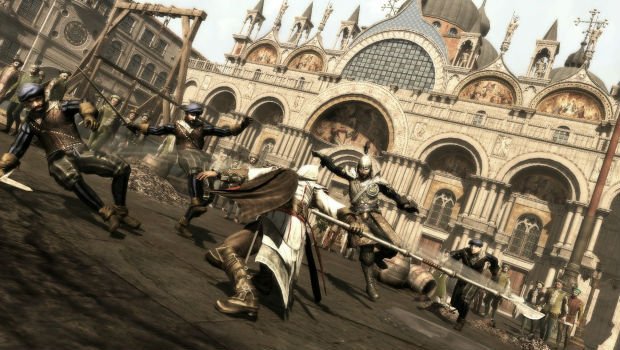 Let’s get this out of the way first: I think the Assassin’s Creed series is a big wad of rubbish. A festering clod of shallow drivel. A ball of wet dog hair masquerading as golden twine.

You’re an assassin, but not really, because stabbing people in the face and yelling “I have just killed this person, I am a killer!” at a crowded party is the work of a deranged twat. You can expertly navigate busy streets and towering buildings by holding down one button. You’re a 12th century bastard, now a Renaissance nobleman, now it doesn’t matter because it was all the dream of a bartender. A dream he was forced to have by a nefarious troupe of chartered accountants.

But I was wrong. Assassin’s Creed isn’t a game. It’s an interactive museum!

Meticulously crafted recreations of Renaissance architecture are handed to you on a silver platter. Suddenly the ridiculously simplistic movement system is actually a positive, as you climb all over Italy like an archaeological monkey-man.

Important cultural and historical landmarks are helpfully pointed out to you by the tour guide system, and Europe has no shortage of history bubbling under every brick. More than once I’ve gleefully stopped saving the world from evil Italians because I needed to read about how the building nearby was where the Pope used to wash his socks. 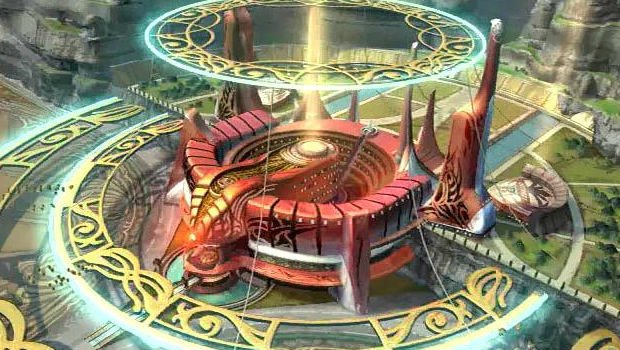 Every Final Fantasy game has a sprawling overworld, dotted with fantastical cities and terrible dungeons, just waiting to be explored by an unlikely band of po-faced teenagers on magic steroids. They aren’t the friendliest of worlds, though. Most are at the point in technological development where a steam train is mind-blowing, literally every country is at war, or a giant fish is vomiting fireballs from the stratosphere.

Final Fantasy VIII, on the other hand, is like a warm hug.

Aside from a little political unrest – and that one time when a sorceress tried to compress all space and time into a single moment, thus giving her ultimate power and destroying the universe – things are pretty chill. Even the biggest of cities feel like small towns, with friendly people and nice bars around every corner. If you’re lucky, Ma Dincht will invite you over for some delicious hot dogs and then you can go sit on the beach.

Don’t misjudge. It isn’t a land of hillbillies, bogans and chavs. Electric cars, elevators, computers and orbital defense bases are ubiquitous thanks to a high level of technological advancement. But everything stays bright and happy and ruthlessly pleasant wherever you go.

There’s no shortage of activities either, with lavish parades every other week, a full TV program schedule and a city made entirely of glass and grey plastic. If you’re a student, your afternoon class will be learning advanced combat with whips and a gun-sword, followed by a fight to the death with a Tyrannosaurus Rex. Then the entire school will rise out of the ground and fly away so everyone can go fishing.

The whole place is so drenched in happy sunshine and friendly people you barely even notice the persistent “monsters descend from the moon to kill us all” problem. 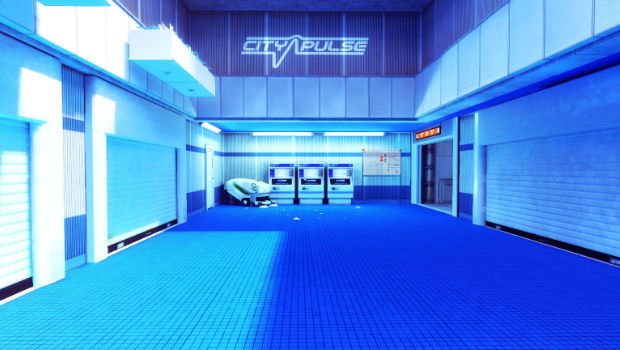 Okay, so technically this is more of a dystopia. Mirror’s Edge paints an orderly and bleak picture of the near future. Big Brother clamps down on all freedoms in order to ensure a safe and clean society. A few thousand protesters are slaughtered occasionally. People can’t express themselves. The usual shotgun approach to eliminating human rights.

You have to admit that the Nazi regime had some swanky uniforms, though.

I know you’re supposed to be appalled by the sanitization of the city. Outrage and personal indignation should well up in my kidneys as the cries of oppressed children ring in my ears. But I can’t hear anything but digitally remastered David Bowie blasting through my ergonomically designed stereo system. I can’t see the protests because I’m inside a style-optimized apartment and everything is amazing.

It’s all so white and so clean and so damn perfect I want to lick it. There’s no garbage and no dirt, and I’m sorry to all those gasping freedoms, but I really like my plush leather cube couch and matching armchair. They even color coded my walls and doors, so when I stumble home drunk after a night at that mathematically symmetrical night spot with the shiny glass roof I know the red room is the one I should puke into.

Life is comfy. What was I going to use that liberty and freedom of choice for, anyway, if not to buy conspicuously trendy furniture?