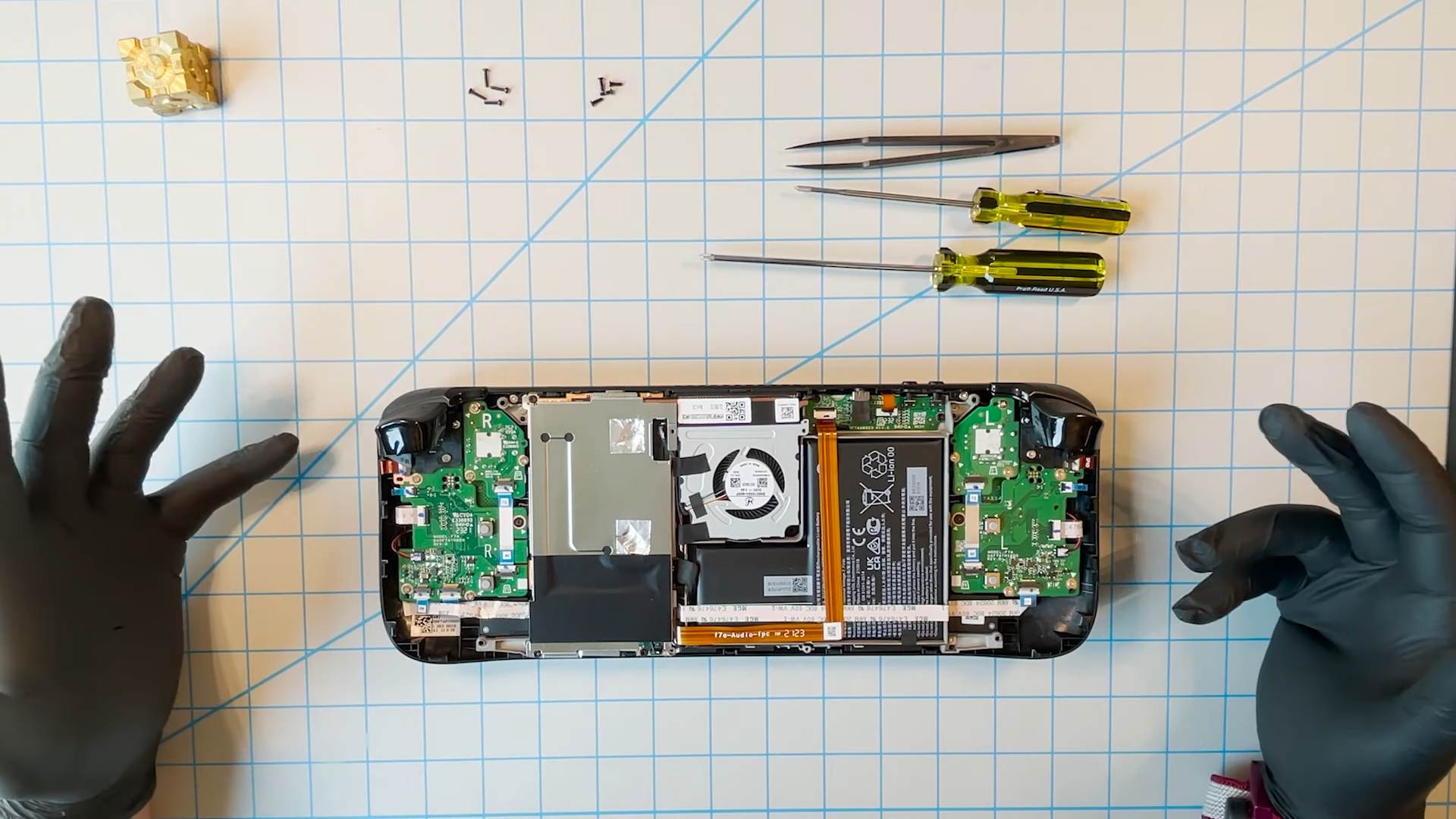 Do as Valve says, not as Valve does

Tech company and Steam manager Valve posted a breakdown of the Steam Deck today. Its forthcoming handheld PC has lots of internals and, you might think, be ripe for modding. But as Valve explains today, you might not want to mess around with the Steam Deck’s internal hardware too much.

During its teardown on YouTube, Valve shows just how to open the back up a Steam Deck to say, replace a joystick, or swap in a new SSD. But, it also doesn’t think you should do that.

“One of the most frequently asked questions we’ve received about Steam Deck is about the components inside it, and whether they’re replaceable or upgradable,” reads the accompanying blog post for this video. The answer is a bit more complicated than just a yes or no, so we’ve made a video to explain all the details. Spoiler alert: we DON’T recommend replacing parts yourself, but we still want you to have all of the relevant information about Steam Deck’s components.”

Why is that? Well, there are lots of little things that could go awry, from over-tightening a screw to launching some stray static into the fray. If you’ve built a PC before, you probably know some of the horror stories. And then you can add on the lithium-ion battery as a new wrinkle, too.

On top of that, as Valve notes, replacing an SSD with an off-the-shelf model isn’t always going to work. Specific characteristics could create problems, relating from assembly to mechanical interference.

But as it says, if you’re going to hear all these warnings and tear apart your Steam Deck, it’s better to know how to do it the right way. The company says there’s more information to come on sources for specific replacement parts like the thumbstick later on.

The Steam Deck, meanwhile, is still expected to start shipping in Dec. 2021 for those who managed to secure the earliest batch of pre-orders.