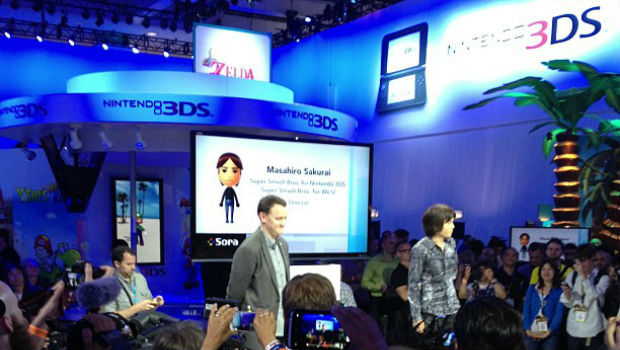 Yep, this is serious

[Update: watch the above video starting at 6:00! This is crazy!]

Live from the E3 showfloor, Nintendo has revealed a third new Smash Bros. character in addition to the Animal Crossing villager and Mega Man — the Wii Fit trainer! Director Masahiro Sakurai noted that she will use a “healthy” moveset, using abilities like yoga to best her foes.

Although the character was briefly demoed, not much info was given at this time. Still, we already have three new characters joining the fray, so it’s only a matter of time until we get a look at the returning cast.