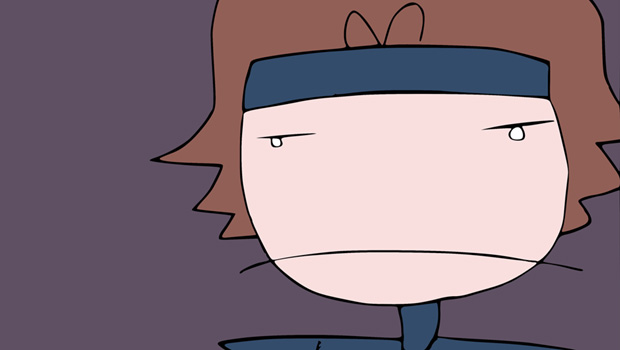 This is how Konami kills its own game’s sales: First, it showcases Snake Eater for the 3DS and promises to incorporate elements from Peace Walker. Next, it bumps the game’s status down from tweaked remake to straight PS2 port. Then, it announces an HD collection for home consoles containing Solid 3 as well as Solid 2 and Peace Walker. Finally, it announces that the HD Collection will also be coming to the Vita. Ballsy play, Konami.

This weekend was all about the Tokyo Game Show, and I hope you came out of the experience a better, more enlightened person. I know I have! In addition to tons of news, previews, and footage of Japanese pole dancers, we also have video from last month’s joint Destructoid / ScrewAttack PAX panel. Check it all out! Do it!

Live show: It’s all in the cards on Hangover

Comments of the week: Busst Stop

Huzzah! The Destructoid / ScrewAttack PAX panel vid is up

TGS: NIS does something new with Clan of Champions

TGS: Quick hands-on with Sonic Generations on the 3DS

TGS: Asura’s Wrath is totally not like having diarrhea

TGS: Sine Mora is the game I’ve been waiting for too long

TGS: Shinobido 2 gives ninjas a home on the PS Vita

TGS: SumiOni is not Okami

TGS: Phantasy Star Online 2 still has a way to go

TGS: The prettiest 3DS AR card I own

Ni no Kuni PS3 is coming to the West
TGS 11 Media:

TGS: 80 Vita units was not nearly enough for this show

Look! Fresh news and screens for Layton vs. Ace Attorney

Snatch Ocarina of Time 3D on Amazon for $10 less

Battlefield 3 multiplayer information for you to devour

Keiji Inafune on the potential future of mobile gaming

What do you make of the fan outcry for Mega Man Legends?