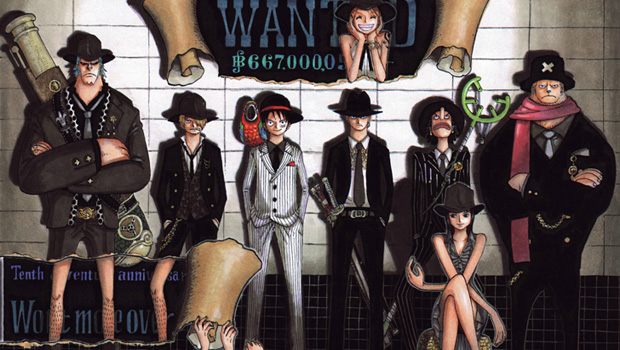 Despite its being the best-selling manga in Japan, I never jumped aboard One Piece. The weird, noodly art style had always turned me off, so I never bothered giving it a chance. Then one day I said to myself, “Stop being a little punk,” and began the arduous task of catching up on all 700+ chapters as quickly as I could.

I started roughly a week and a half ago and have just finished the Thriller Bark arc. The art, while still quite goofy, has really endeared itself to me. The whole series is pretty amazing — I can understand why it’s so popular. Even though each arc follows a similar formula, there’s always enough room for fresh experiences, with some of the zaniest fights I have ever seen. I should have started reading years ago.

This weekend, Jim descends into Cookie Clicker madness, Sup Holmes? remembers the good ol’ days with former Dtoider Leigh Alexander, EA gets kicked in the pocketbook, and the Mighty No. 9 Kickstarter hits the nitrous.

Community: Community blogs of 9/28 & 9/29
Forum thread of the day: Your Verbosity is Superfluous: Big Word and Syntax Thread

Offbeat:
Mega Man X series to get a 12-disc music collection
The Force is strong with this cosplay
Real game Cat Girl Without Salad gets a great fake OST