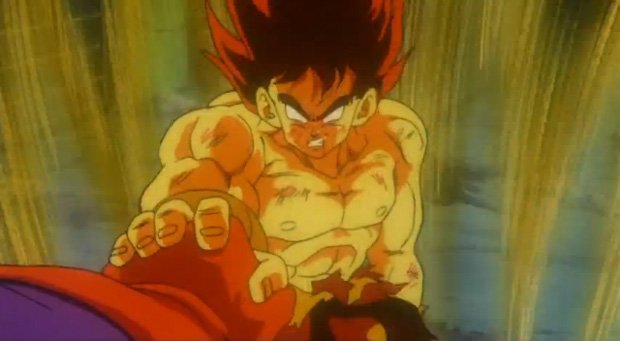 Team Four Star, the fan-dubbing group behind the hilarious Dragon Ball Z Abridged, finally made its rendition of the Lord Slug movie available online this past week. It does not disappoint. My God, this whole series may very well be better than the source material.

This weekend, we take it low and slow, baby. New guy Jeffrey Thiessen weighs the heavy cost of loving Dark Souls, Jesse Cortez interviews the director of a new documentary about the fighting game community, Dtoider Byronic Man uses Persona 4 as a springboard into game analysis, and Mega64 wins the forever.

The sad reality of Dark Souls

We need your questions for the TtWaV finale!

Interview: I Got Next, a fighting game documentary

A lovely look at videogames through Persona 4

Get your fight on! Namco X Capcom Fight Club

The Alone Sword is a Zelda-lite set underwater

Metal Gear Rex figure will send you to the poor house

Have some Zelda orchestra for your face

These Akuma and Cammy figures are fantASStic

Jimmy Fallon does NOT deserve that Link on Epona statue

Skyrim’s giants go up against some very poor guards

Super Meat Boy speed run puts us all to shame