The Simpsons has been on the air for over 25 years, setting the record for the longest-running scripted show in U.S. television history. The famous family has been pretty much everywhere and done everything in that time, and their occasional correct predictions have led some to assume that the writers must be time-travellers visiting from the future. I can’t confirm or deny that supposition, but I couldn’t help but notice that almost all of Nintendo’s announced titles for the Switch have been featured on the show. With the help of Frinkiac, I thought I’d lay out some evidence and let you, the readers, decide for yourselves. 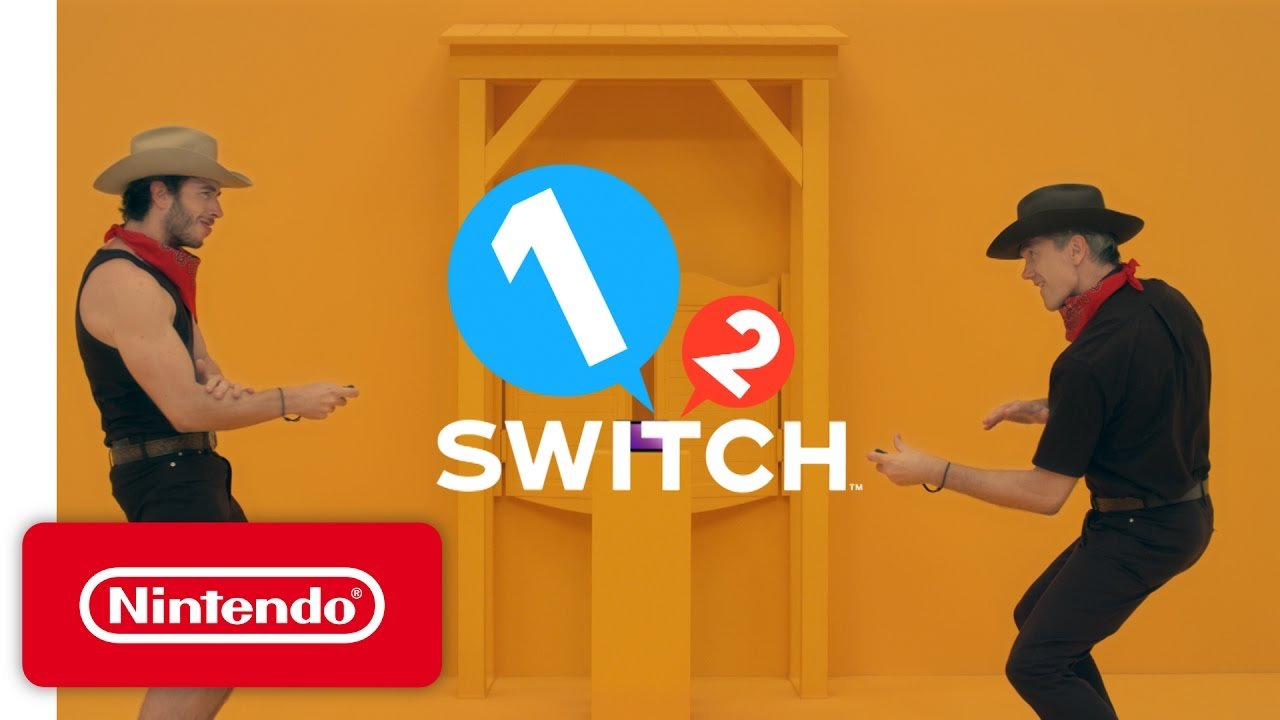 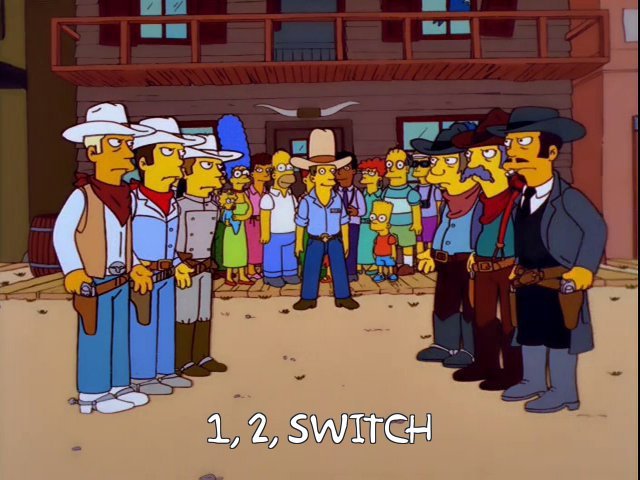 1-2-Switch is sort of a tech demo for the Switch’s HD rumble feature, a collection of minigames that can be played with the provided set of Joy-Cons. One of the games shown in press events has been a cowboy shootout, an HD update of Wild Gunman that simulates an Old West High Noon duel. As you can see in Season 10, Episode 8, The Simpsons had three games going simultaneously. 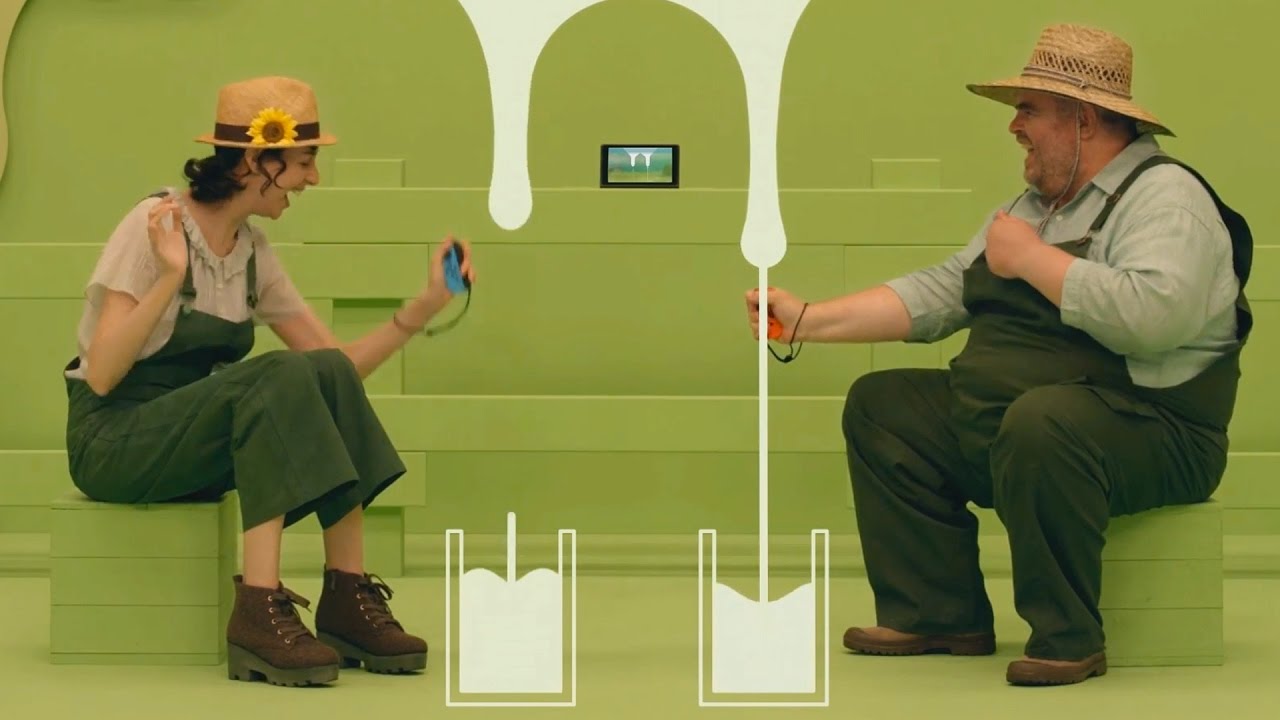 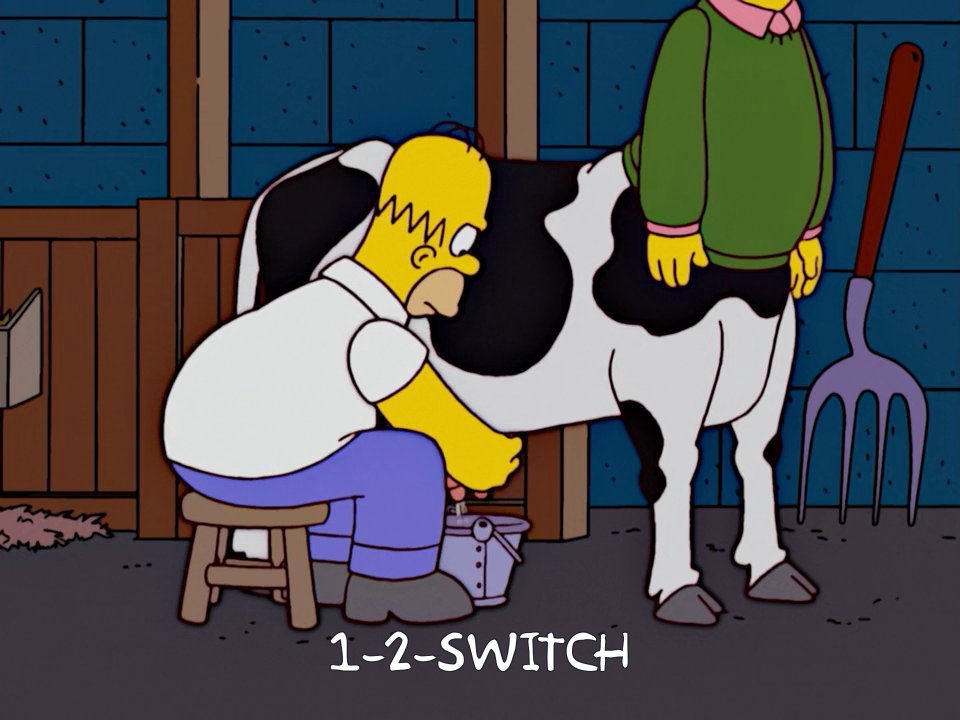 One of the other games Nintendo’s been showing off from 1-2-Switch is a competitive milking simulator, where you and a competitor race to harvest enough virtual milk to fill an imaginary receptacle. As you can see from Season 14, Episode 1, Homer got some practice doing this when he visited the terrifying island of Dr. Hibbert. 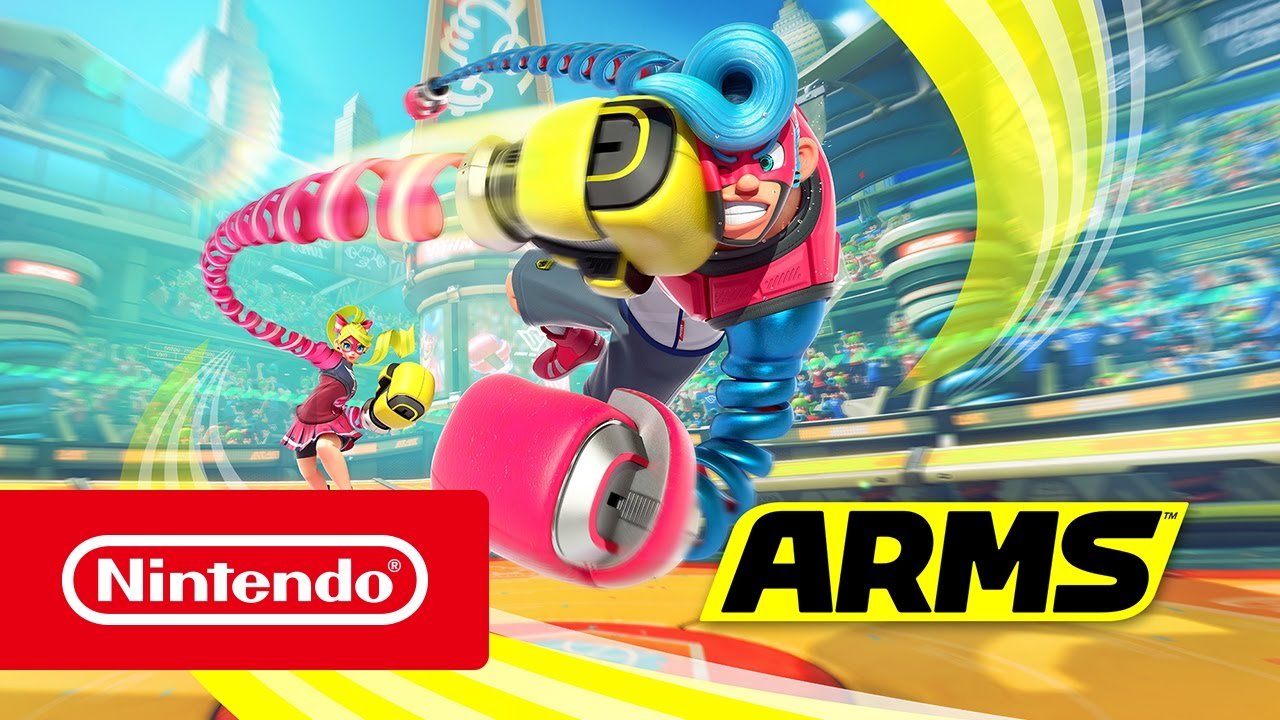 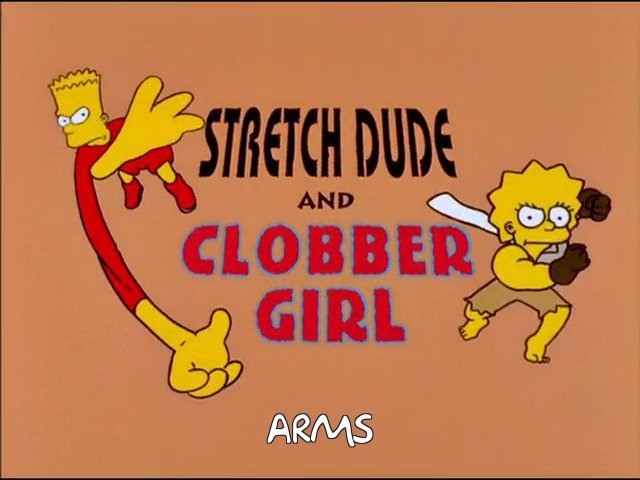 Arms is a new intellectual property, sort of a one-on-one fighting game featuring springy-limbed homunculi beating the pudding out of each other. The Simpsons predicted this one during Season 11’s Episode 4 when Bart and Lisa were hit by an unsafe dose of X-radiation and gained superpowers. While the characters in Arms seem to combine the properties of both super siblings, you have to admit the resemblance is striking. 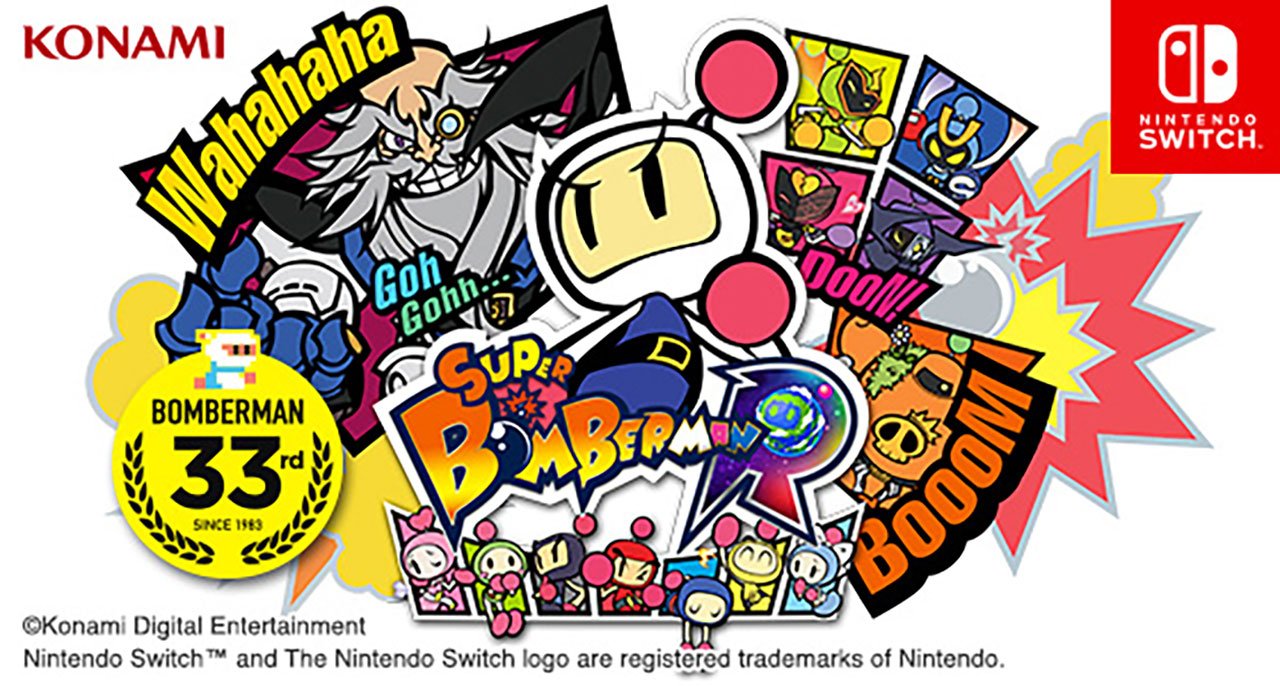 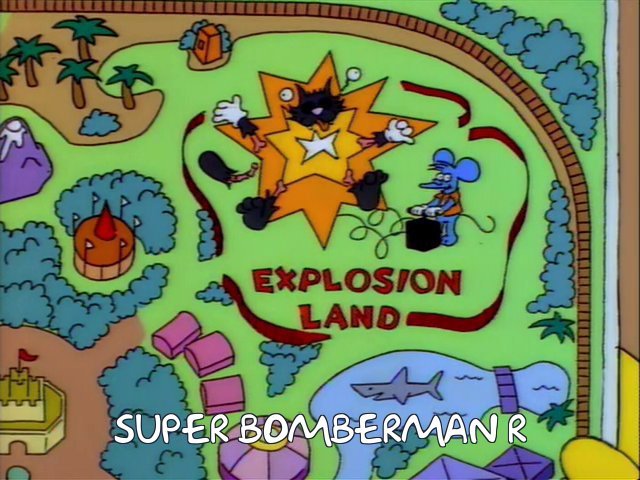 The Bomberman franchise has been around even longer than The Simpsons, so it’s little wonder that this one was represented. Bomberman games depict a world where cute robots can only express themselves by detonating high-powered explosives at one another. Itchy and Scratchy might just live in that same world, and this scene from Season 6, episode 4 gives us a glimpse into that dark reality. 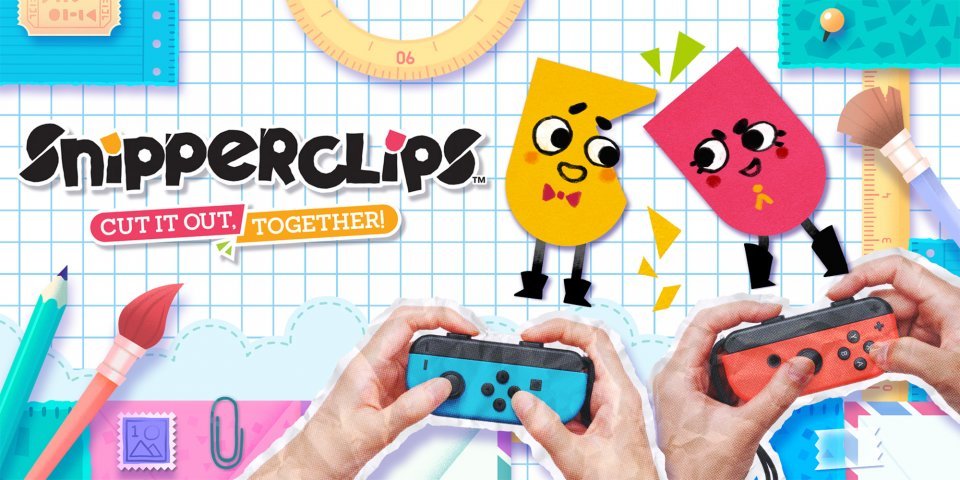 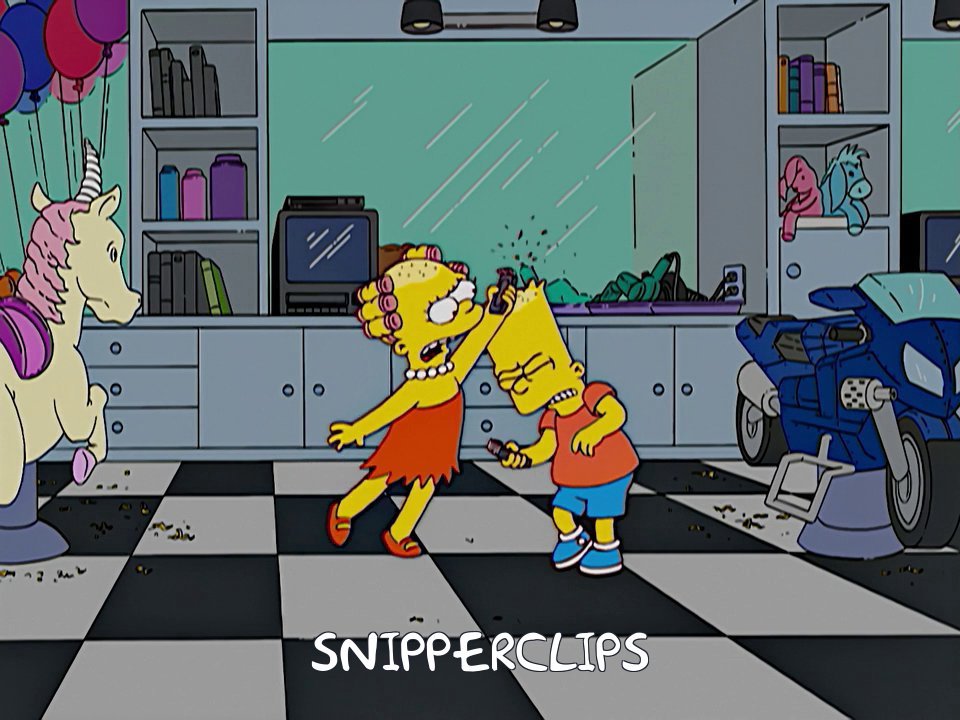 Snipperclips looks to be one of the Switch’s standout launch titles, a two-player game that focuses on cooperation and positioning. You play as one of two sentient geometric shapes that can cut pieces away from your twin to help solve puzzles. Unfortunately, Bart and Lisa might have gotten the wrong idea and started trying to cut chunks off one another in Season 16, Episode 19. 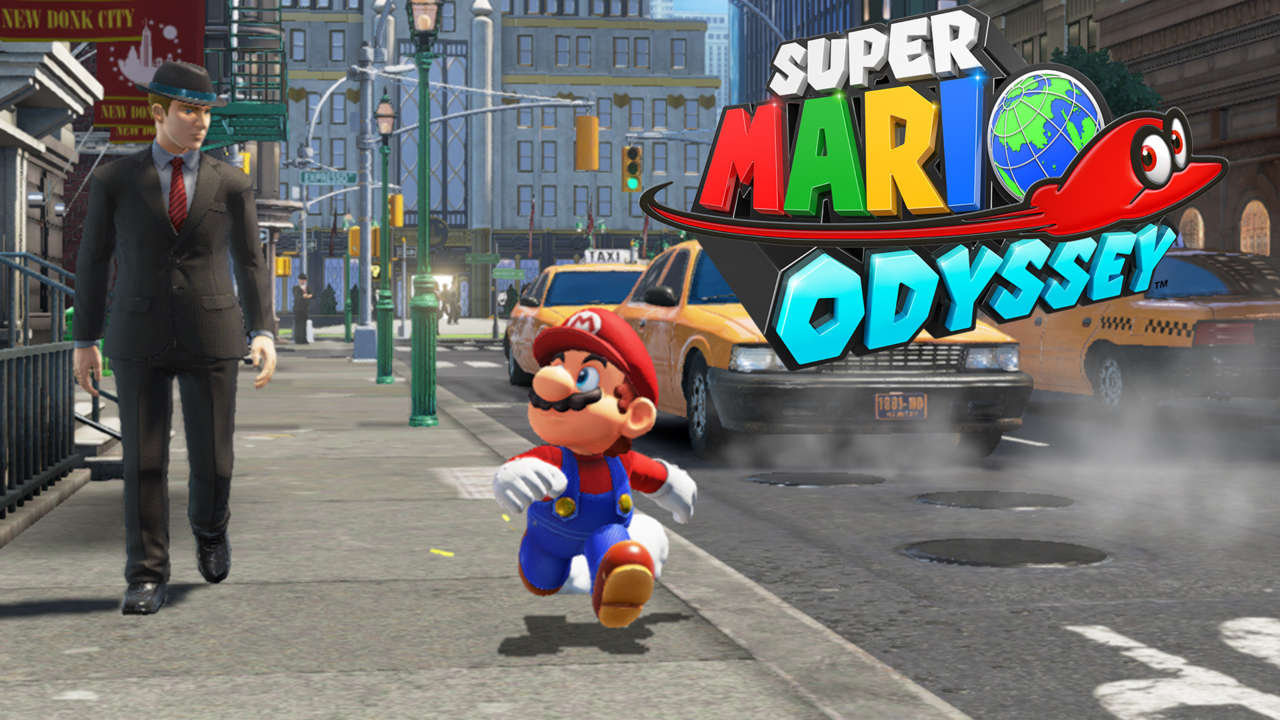 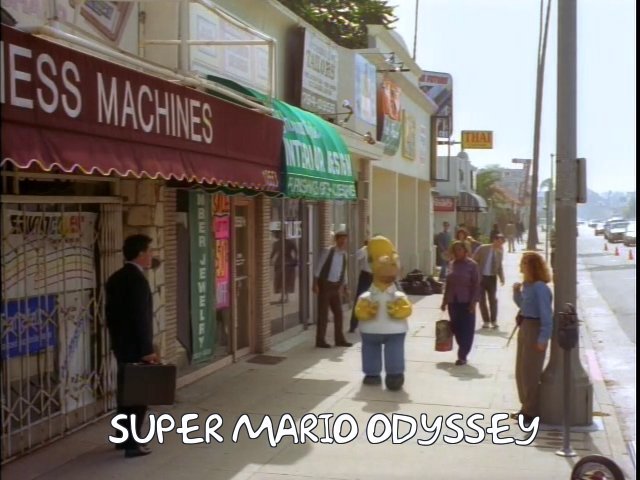 Super Mario Odyssey isn’t a launch title for the Switch, but it should be out before the end of the year. During the announcement trailer, we saw Mario interacting with what look to be normally-proportioned human characters in someplace called “New Donk City.” It was a little strange to see, since most of us grew up believing Mario was a normal human before he was warped to the Mushroom Kingdom. This was preceded by Homer’s unpleasant experience in the third dimension when he visited Los Angeles in Season 7, Episode 6. 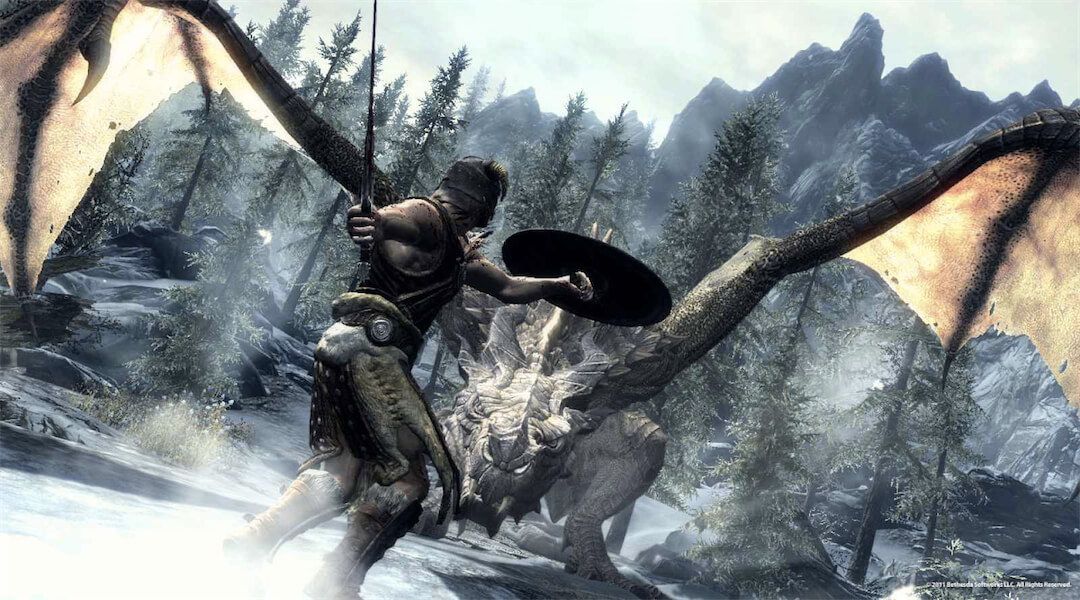 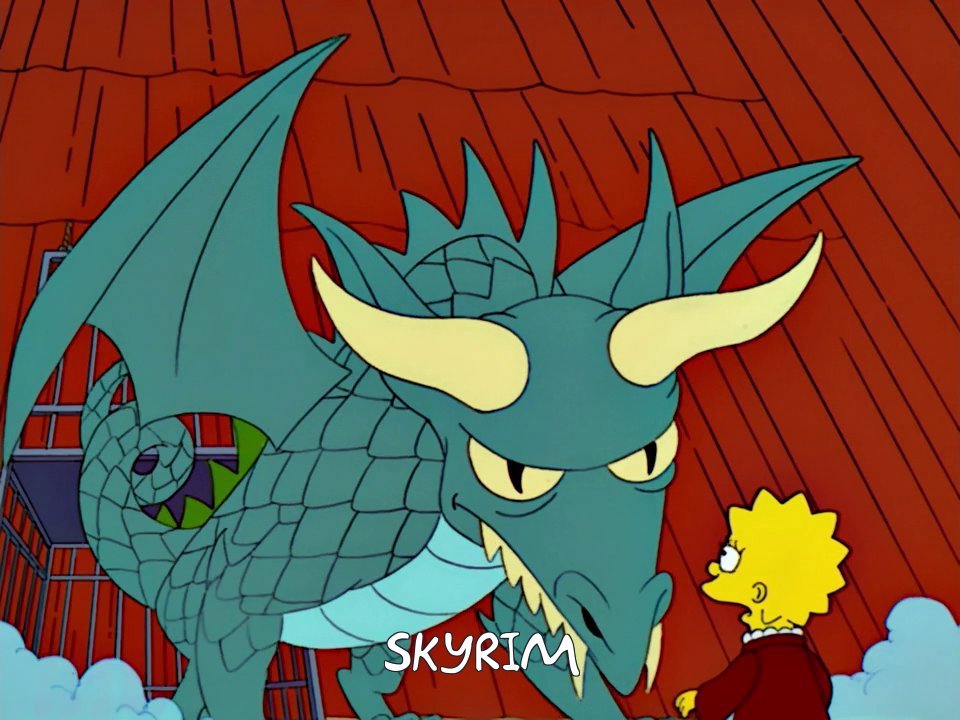 Bethesda’s Skyrim changed the way many people thought about role-playing games, successfully crossing over to appeal to a mainstream audience. There’s little wonder Nintendo showed off Skyrim in the first trailers for the Switch: the prospect of being able to take a game like this on the go, or even just to the restroom, is quite attractive. Part of Skyrim‘s appeal was its focus on fighting the powerful dragons that patrolled the skies, using magic, weaponry, and the power of yelling really loud to bring them low. None of this was new to Lisa Simpson, though… she’s been facing down dragons since Season 13, Episode 1. 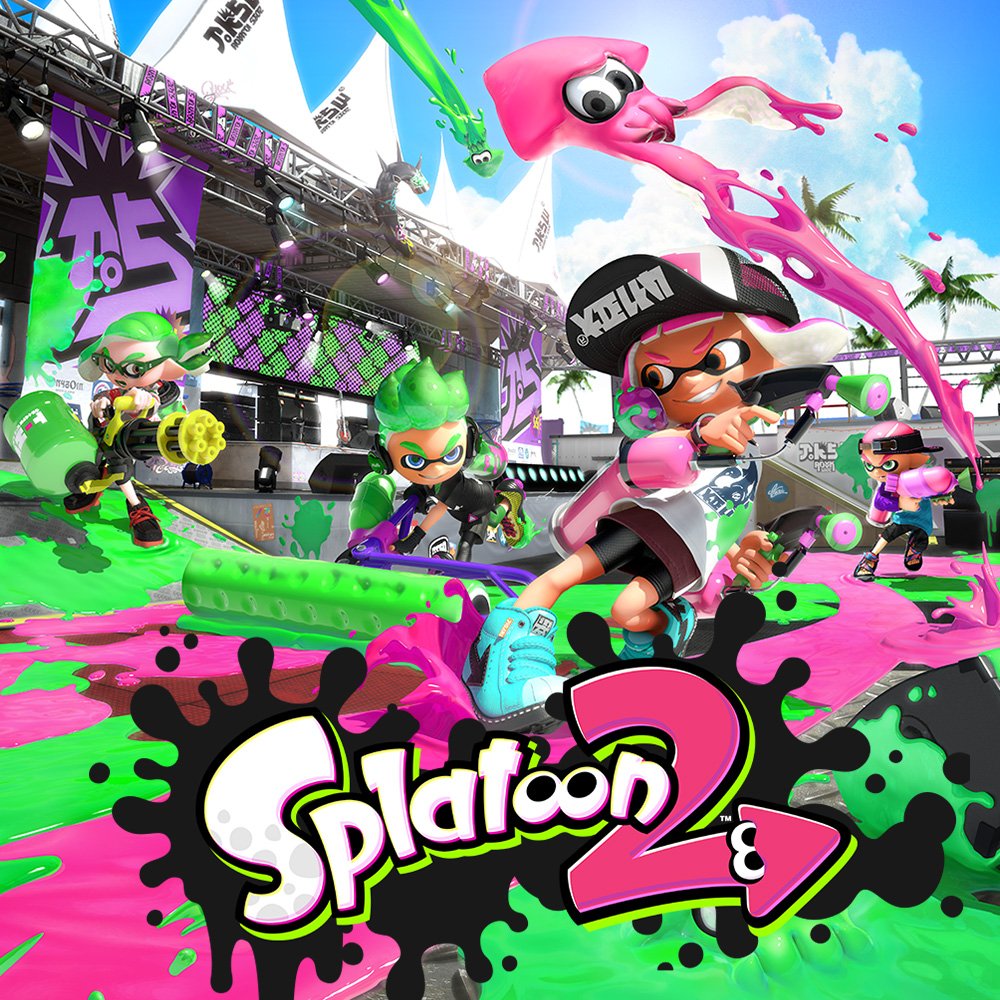 Splatoon was one of my favorite titles on the Wii U, a team based multiplayer shooter you could share with the whole family. It didn’t hurt that the main characters were all partial squids, my patron animal. The squid kids in Splatoon 2 all have amazing hair and interact by shooting neon colored ink at one another… just like what happened to Marge in Season 16, episode 21. 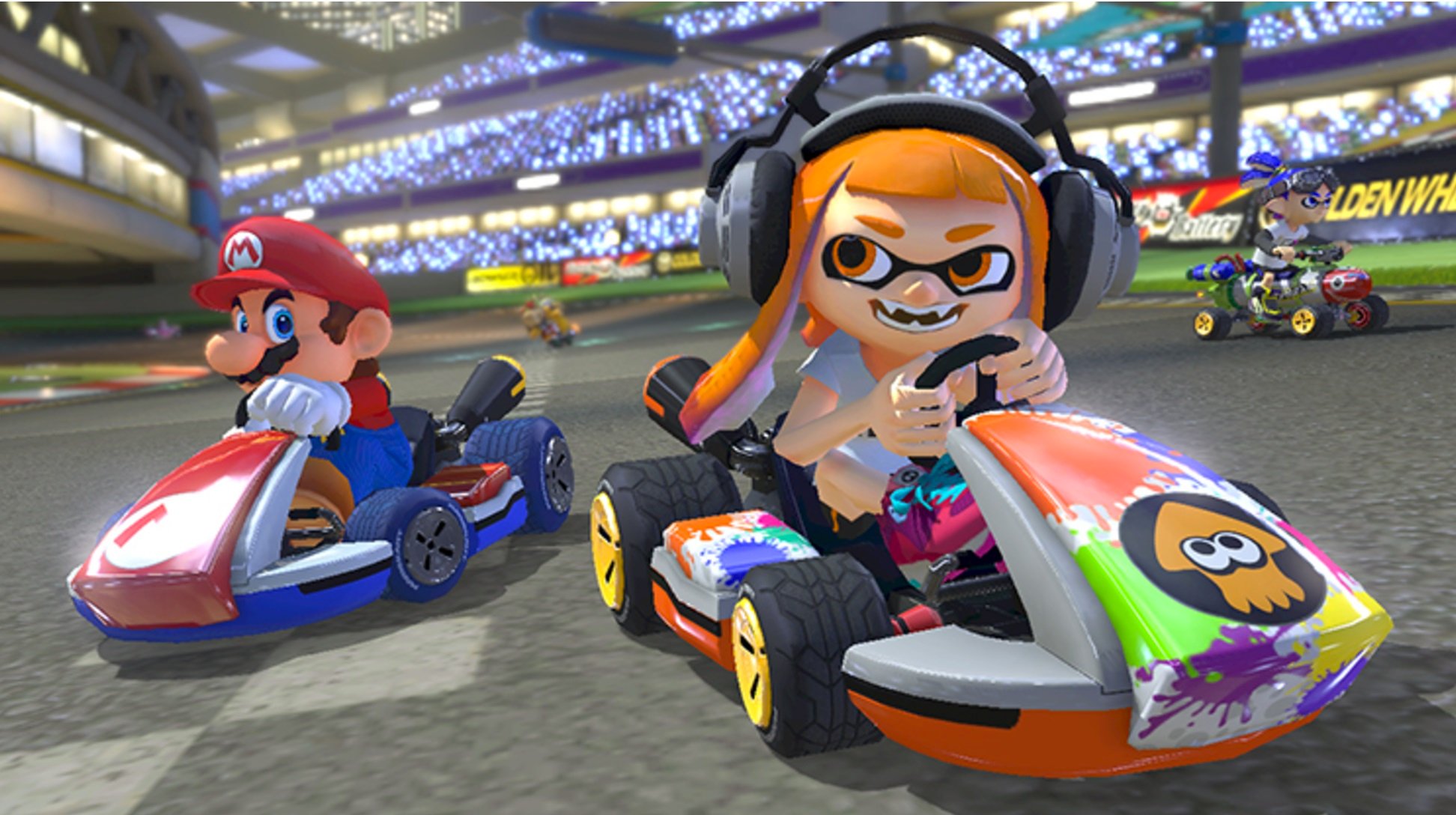 Speaking of Splatoon, the squid kids are one of the biggest new features in Mario Kart 8 Deluxe, along with a battle mode that’s actually worth a damn. It’s surprising that the Simpsons never had an official Kart racer of their own, as it seemed like every franchise under the sun got one in the ’90s. But in Season 10, episode 3, the family visits a Go-Kart track and end up smacking each other around. 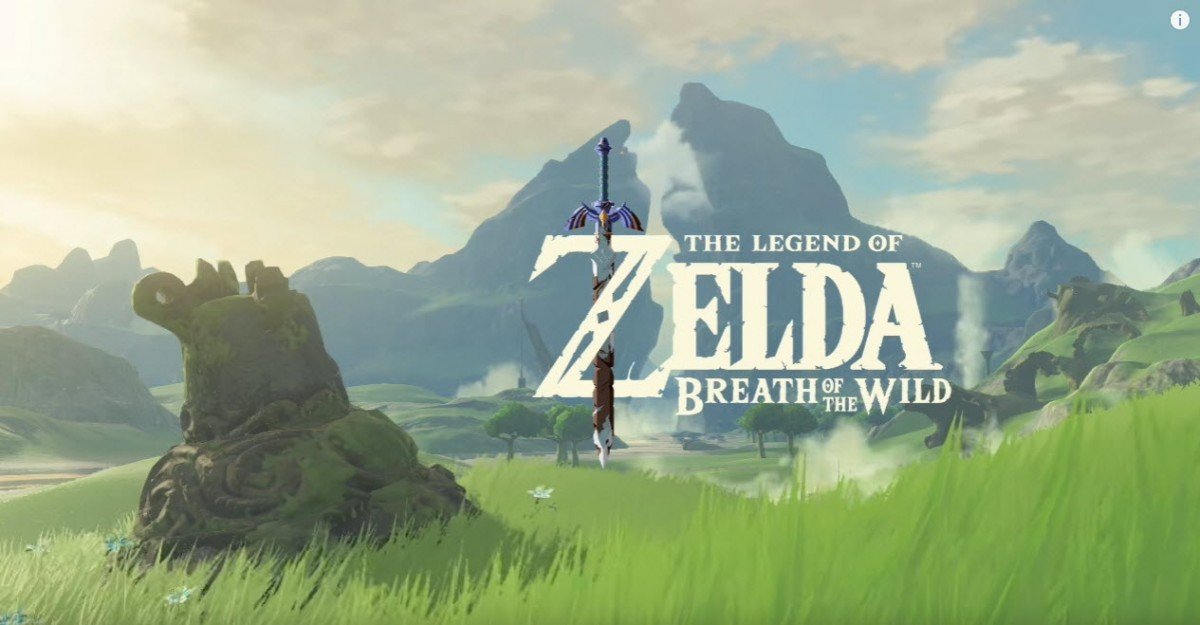 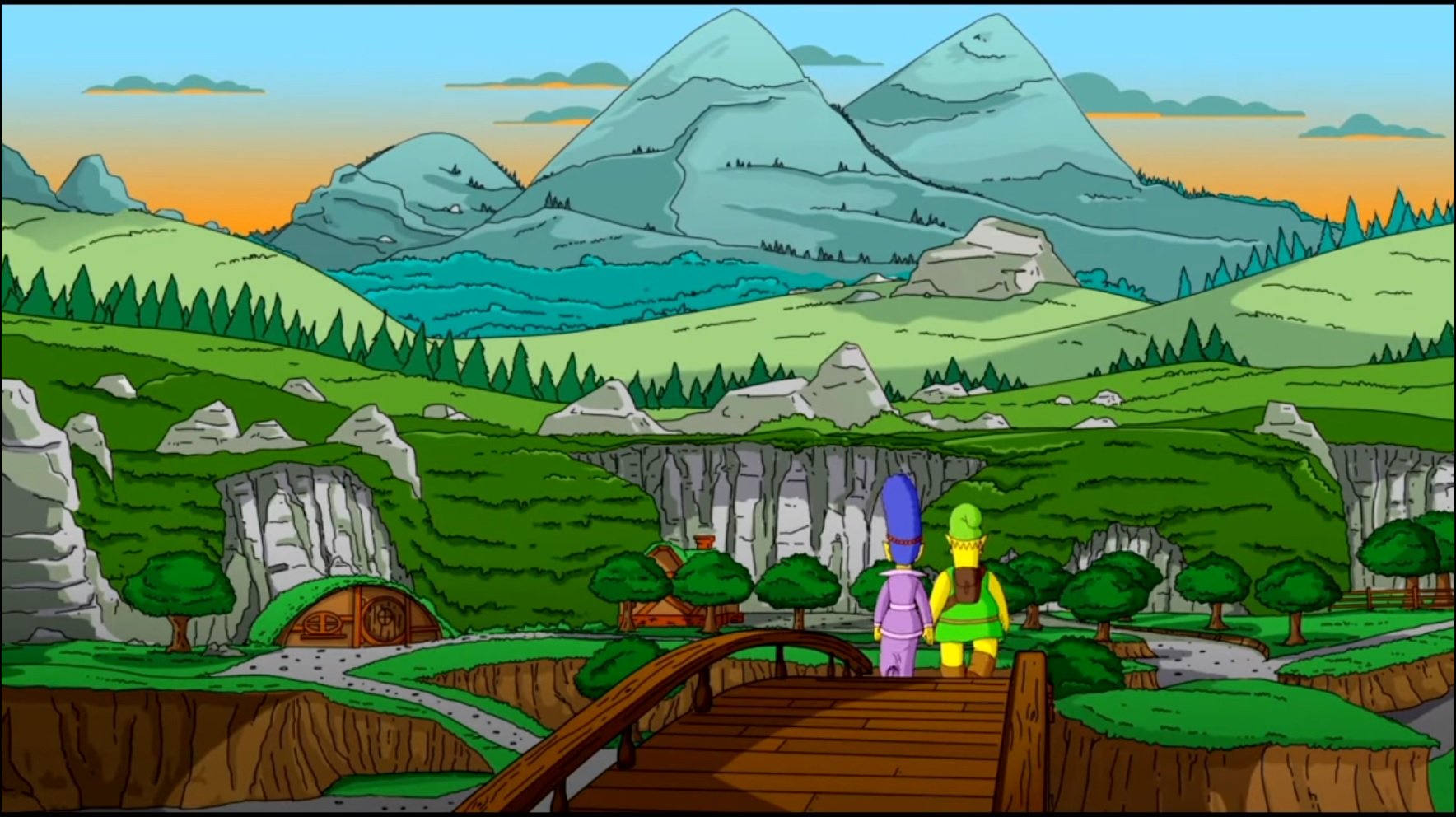 Finally, the title most people will be buying a Switch for. It was hard to find representation on The Simpsons for The Legend of Zelda, even though Mario’s visited the Simpsons more than once. In The Simpsons Game, however, Homer dons a very familiar green outfit and roams through a gorgeous fantasy world with Marge, who bears a striking resemblance to a certain elf eared princess. Unfortunately, this level comes pretty late in the game, so it’s probably something not too many people have seen outside of Let’s Play videos.

So there you have it. There are a few other examples I could give like Lego City Undercover or Just Dance 2017, but I think I’ve made my point. By now it’s pretty clear that The Simpsons writers are not only Nintendo fans, but also time-ripping space wizards.