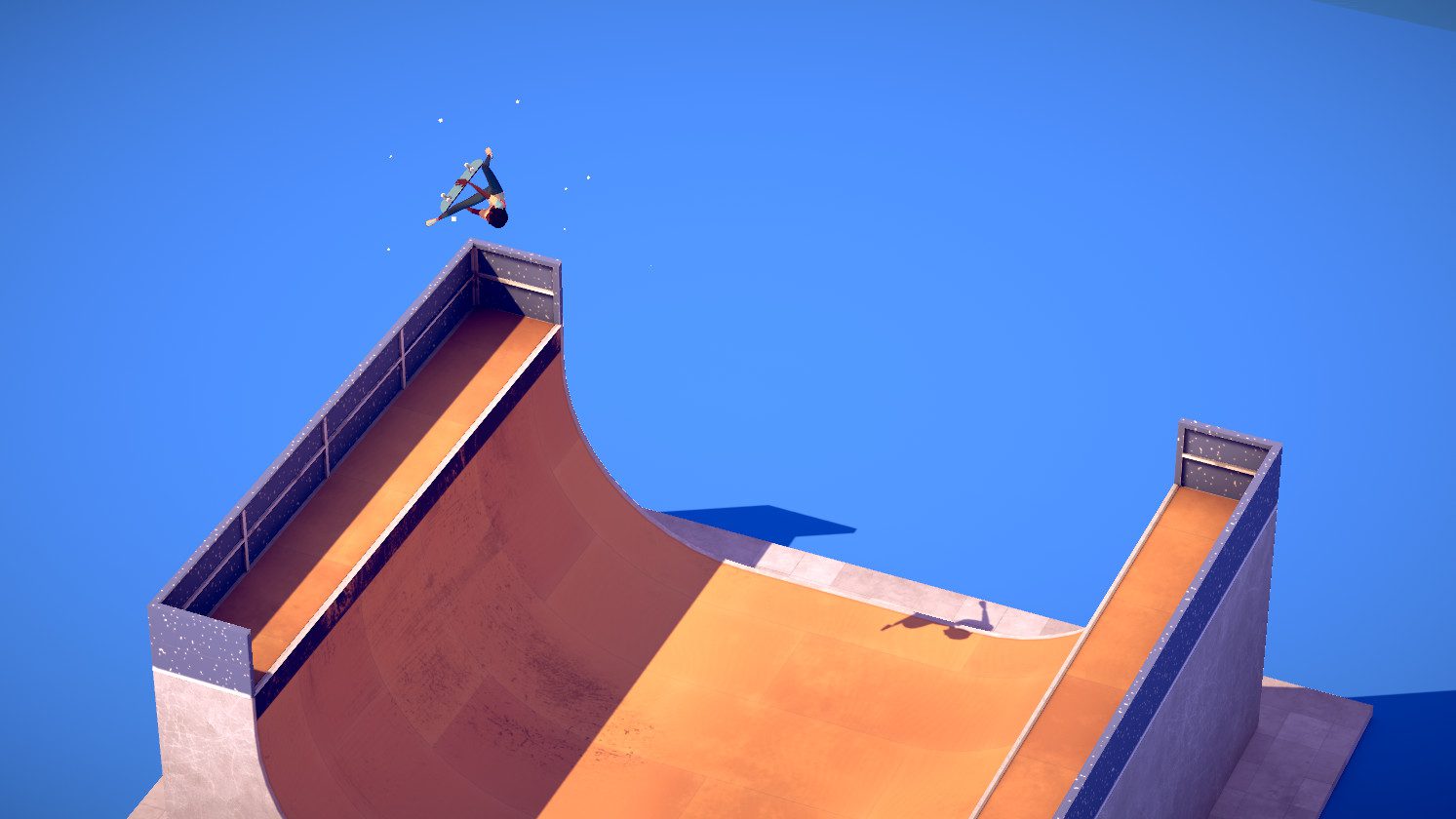 Some skateboarding sims have lots of goals and unlocks, but one upcoming minimalist skateboard game is just looking to create a good vibe. The Ramp is a new game from Paul Schnepf, a co-creator of Islanders and Superflight, and it wants to just capture the thrill of skateboarding.

The Ramp hits Steam right at the start of the new month, on Aug. 3, for $5.99. It’s described as a “digital toy for skateboard loving people,” with “pure flow, no extra fluff.”

That means no unlockables, and no collecting. Across four different levels, you can just hang out and nail some tricks. Whether on the halfpipe, in the pool, or rocketing down the mega-ramp, it’s all about going with the flow.

Though it might sound a little thin, for the price of a good latte, I’m thinking it seems like a nice way to burn a lazy, rainy afternoon. Stuck inside? Just grab some coffee and do some kickflips to what sounds like a very chill soundtrack.

I’m also just kind of in a skateboarding mood, because we’re in a bit of a skateboard-game renaissance. Last year’s Tony Hawk’s Pro Skater 1 + 2 remaster was like blasting back in time to the early days of the series, and new arrivals are now capturing some of that same skateboarding magic.

“I always wished a game like this existed,” said Schnepf in a press release. “Then I realized I could just make it myself. Being a game developer kind of rules.”

New games like Session and OlliOlli World are working on some really cool things within the space, and The Ramp fits right in with the big resurgence of love for virtual skateboarding. No unlockable tricks or point goals, just skateboarding.