Tony Hawk’s Pro Skater left its mark on history…I want to say…within minutes of its release in 1999.

It didn’t matter if you skated or not, it was a cultural touchstone, a sign that skating had arrived. While it’s faltered through the years (Tony Hawk himself dates it around 2006, when Project 8 was released), it’s back now: for real this time.

This isn’t the same mistake of a release that Tony Hawk’s Pro Skater HD was in 2012.

Split-screen is back, as well as the ability to create-a-skater or lead a selection of pros through a campaign mode that spans the first two games; without the need for DLC or post-launch updates. The other key to the kingdom: it was genius to reintroduce the wall plant, transfer, revert, and manual concepts all at once. As you can see in the trick videos so far a hell of a lot is possible, as the mechanical inner workings of 1 + 2 were not hamstrung out of the gate.

That attention to detail is the crux of what Vicarious Visions was able to pull off. Keep it simple on the surface, but complex under the hood. Outside of a few instances every so often where it feels like my skater didn’t quite land how they should have (which could use some post-game patches to shore up), it’s very similar to the old games, but with a framework that allows a lot more combo potential.

And what would a Tony Hawk game be without a killer soundtrack? The tracklist is available here to inspect, and suffice to say most of the classic songs from the first two games are intact. It’s all subjective at the end of the day, but I turned off a lot of the new ones out of preference. Thankfully, the entire jukebox feature is customizable, and the R3 button instantly switches tracks even mid-game. “Little upgrades” are a running theme with this version.

As far as modes go, this re-release is dead simple — to the point where the lack of fanfare might leave you underwhelmed. The campaign consists of nine Tony Hawk 1 levels, eight standard Tony Hawk 2 stages (with a final Chopper Drop unlock and a secret level), and the ability to free skate or score-attack all of those stages in free play. You can also create-your-own park (or play with a few of Vicarious’ brews) and play offline (split-screen) or online multiplayer.

That’s basically it. You’ll skate your way through each stage completing classic objectives — high score, collect the S-K-A-T-E letters, grab the secret tape, and other scavenger hunt-like stuff — and finishing enough of them unlocks the following stage. There aren’t any elaborate new cutscenes or a story, really: even if you create and customize your own skater. The overarching game does have challenges and plenty of [in-game] cosmetics to peruse and buy though, if you’re hell-bent on getting a true 100% completion rating. This “level-up” throughput also unlocks extra content and more custom trick slots. 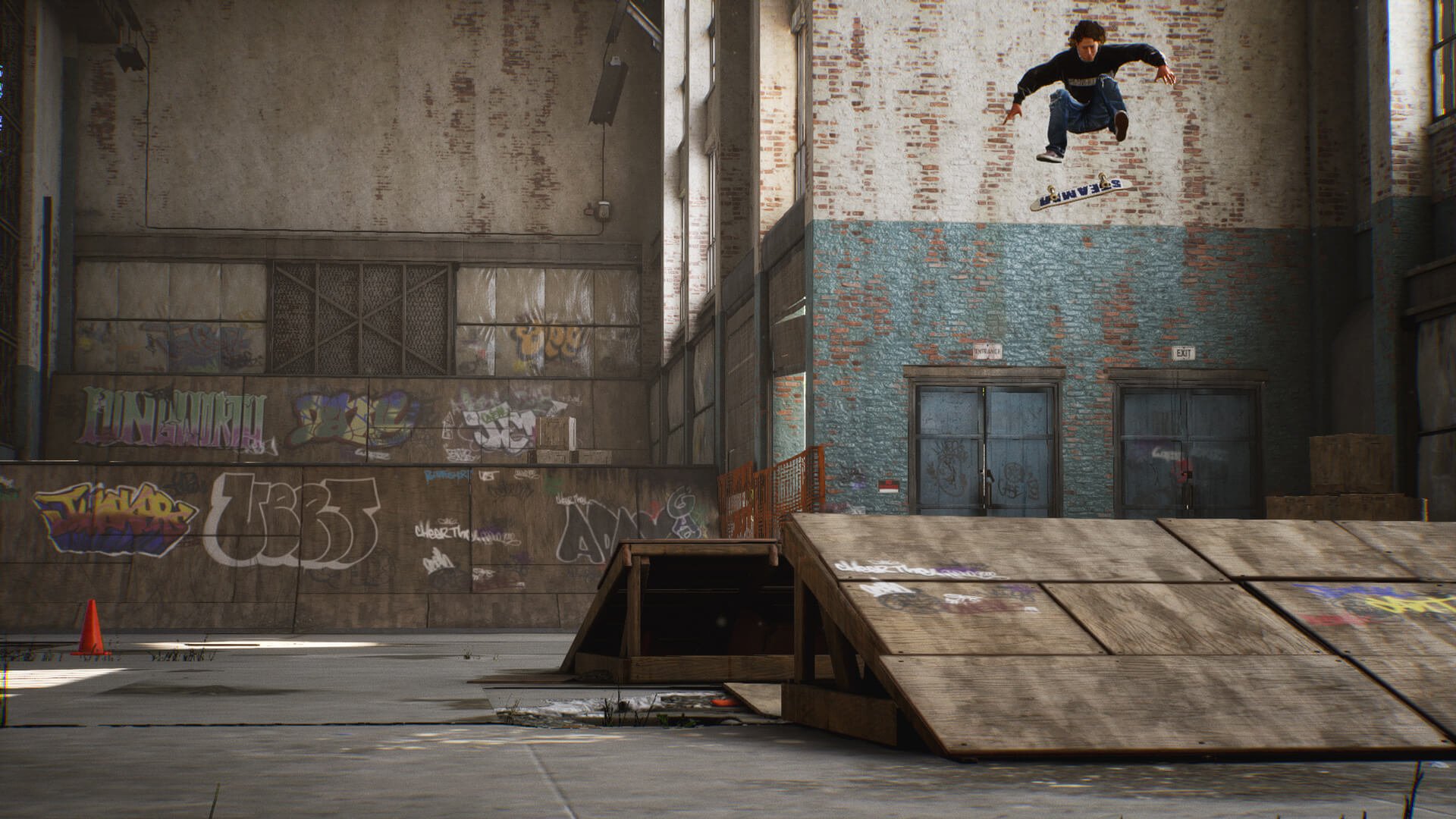 You can even use the same old school guides if you want for the most part (a few things have been added to the original campaign)! It’s all straight drop-in and go, arcade style. There’s a ton of classics here: Mall, School II, Venice Beach, all of which elicit fond memories as I forge new ones with the new visual style. It was a joy to replay all of them again, trying to remember where all of the well-hidden gap challenges were and seeing everything in another light. The first two games are a powerhouse in terms of playgrounds to mess around in and try to find the best combo lines, so it’s no surprise that they still withstand the test of time. Some stages are more touched-up than others, but as a whole everything looks cleaner and smoother than it did with the prior HD release.

I do have to say though: this could have used some Tony Hawk 3 levels, even just for the sake of longevity. It didn’t occur to me until replaying the entire series a few years back that the third entry low key had some of the best stages in the franchise, packed with more goal variety. The team could have added a bit of that panache to some of the smaller-scale areas of Tony Hawk 1 + 2, for those of you out there who don’t want to chase high scores or online leaderboards. As a small concession, you do get a few cute cheat codes and visual toggles for 100%-ing each campaign.

I’m harping on replay value a tad here because while split-screen is a boon, it’s not perfect. Available for up to two players (Free Skate, Trick Attack, Score Challenge, Combo Mambo, Combo Challenge, Tag, Graffiti, H-O-R-S-E), the mode takes a framerate hit, even in gametypes where only one person is on the screen at a time. I’m glad it exists in any form, flawed or not; but don’t expect to be able to jump into it and have it run flawlessly. 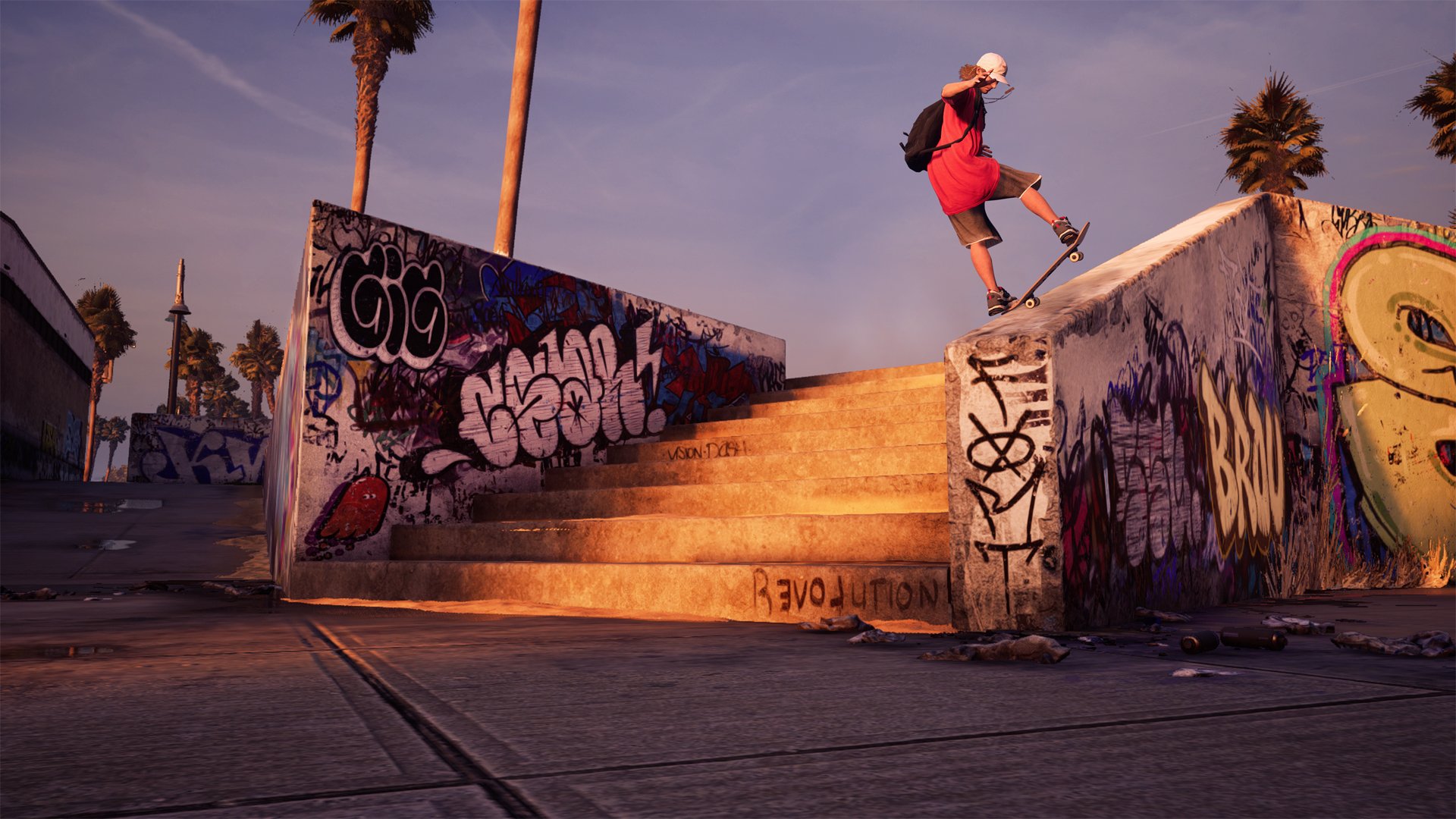 Blemishes aside, Activision is doing so much right this time beyond just putting Vicarious Visions in charge. Tony Hawk’s Pro Skater 1 + 2 isn’t going to blow people away, but it preserves the original experience with a few modern conveniences. It’s a win.

[This review is based on a retail build of the game provided by the publisher, with a focus on local play.]