There’s not a whole lot of explaining needed when talking about pinball, unless you’ve been socially ignorant for the past forty years. There is a ball, and you must make sure that it doesn’t fall off the board.

Sometimes, said boards are modeled after popular licenses. Case in point, Star Wars Pinball. Drawing from all across the series material, Star Wars Pinball is introducing ten new boards, and we got to check out the first three tables that will be released modeled after Empire Strikes Back, the Clone Wars TV series, and one that focuses on the adventures of Boba Fett. 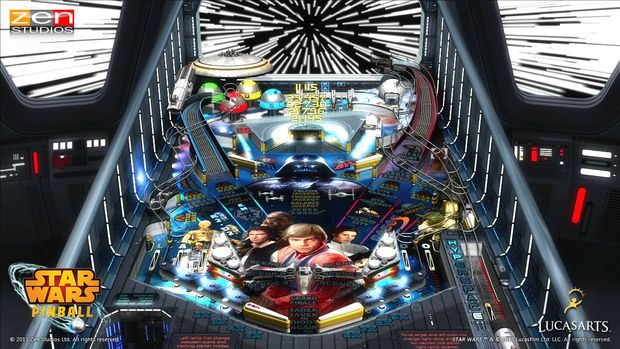 Lets start with the big boy, Empire Strikes Back. Now while each board’s layout is relative similar, they differ where set pieces and objectives are concerned. Unless you’re a seasoned vet, pinball has a sort of chaos to it that makes it real difficult to actually master. Sure, it’s real easy to keep the ball from sinking, but hitting precise shots with consistency is more than a challenge. Still, it’s what you will need to do to get the most out of any board.

If you do manage it hit the precise shots on the Empire board, you get quite the payoff at least. Hitting exact shots launch missions, of which there are five in Empire. Each mission is based off of an iconic scene from the film: Luke vs. Vader, the chase in the asteroid field, etc. Missions themselves seem to be mostly an aesthetic affair, though a damn good one at that. Depending on which mission you choose, the board becomes populated with character models acting out their respective scene from the film. Again, mostly visual, but it’s still kind of cool to see Luke and Vader duke it out in a pinball machine. 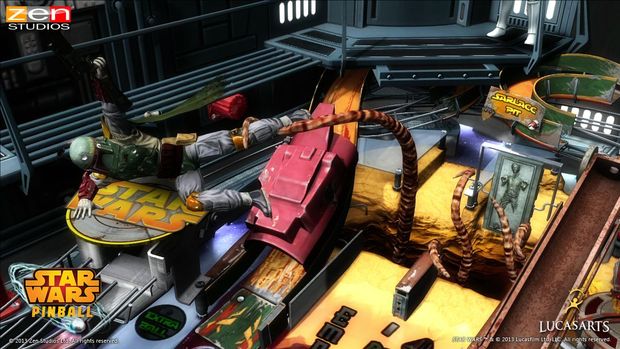 The Clone Wars boards operate similarly. Play pinball, launch a mission, and see a cool spectacle while playing pinball. The Clone Wars board actually enacts scenes that take place before the TV series, closer to the time of the original theatrical film release.

The Boba Fett board shakes it up a bit, though. Each mission on the Boba board is essentially a bounty, with bit a sense of urgency to it as well. You gain points for successfully completed mission, and run the risk of failing if you haven’t hit certain targets precisely within a certain time frame. The added urgency is meant to sell the idea that you are a bounty hunter racing against other hunters for the same prize, and thematically at least, it works well enough.

When you put the fancy Star Wars dressing and amenities aside, well as they are, it’s still pinball. And that, really, will be your determining factor. The new boards will be available to purchase through Pinball FX 2 on Xbox Live and Windows 8, Zen Pinball 2 on PlayStation Network (PS3/Vita cross-buy), Zen Pinball on iTunes App Store, Zen Pinball 2 on the Mac App Store, and Zen Pinball HD on Google Play later this month.