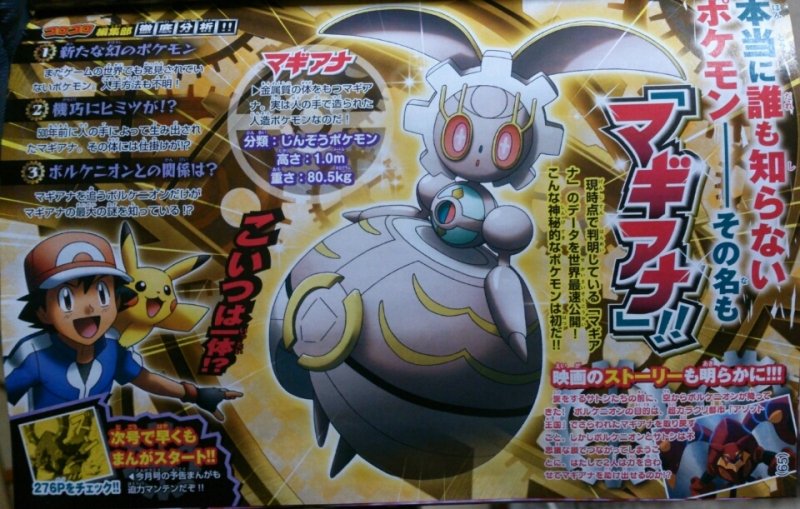 CoroCoro Magazine has revealed a brand new Pokemon, Magiana. Evidently this ‘mon is going to show up in the new movie, where Volcanion will be chasing after it for some unknown reason that will likely be a revelation. Said film has a title, by the way: “Volcanion and the Exquisite Mechanical Magiana.” Descriptive!

According to the info so far, Magiana is a “man-made Pokemon” (?), that was created over 500 years ago. Its metallic body is supposed to drive the point home that humans made it, even though there’s several existing metallic Pokemon out there. What is Game Freak trying to tell us? That all metal Pokemon are man-made?