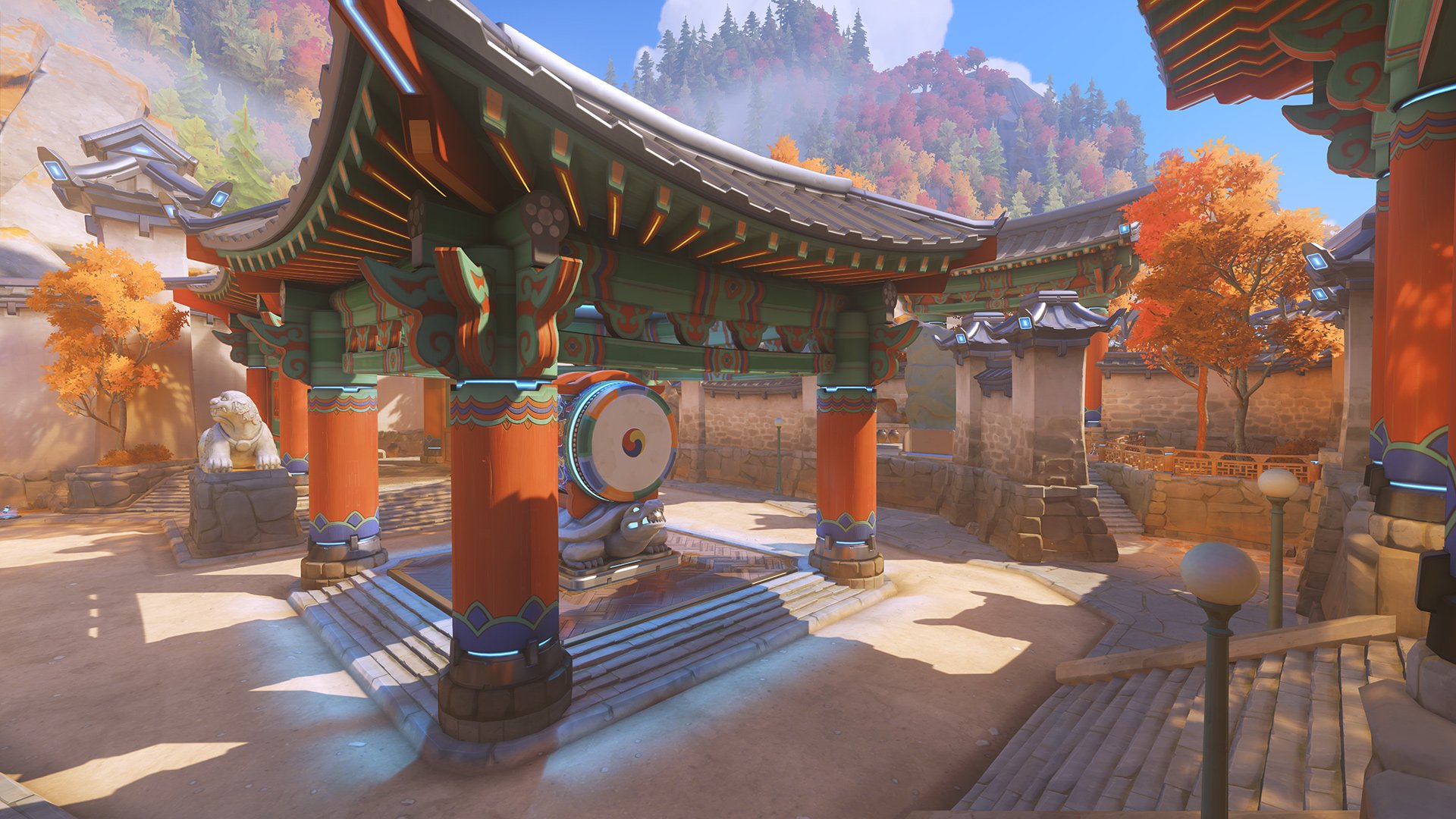 Control map in testing on the PTR

Along with today’s D.Va animated short, Blizzard has also dropped a new map that’s playable now on the PTR. I’m at the point where additional maps are more noteworthy than any other type of reveal for this game, and I especially dig that the latest, Busan, is a control map. Three for the price of one!

Busan is made up of three different locations. There’s the tranquil temple setting of Sanctuary, the hustle and bustle of Downtown, and MEKA Base, an area that’ll look familiar if you caught the short.

Control maps are among my favorites, so I’ll be glad to see this join the rotation.

The best bit, though? Downtown has a karaoke bar that Reinhardt players in particular will want to check out. As captured in this video from cakechieveables, you can get the old dog to belt out tunes.