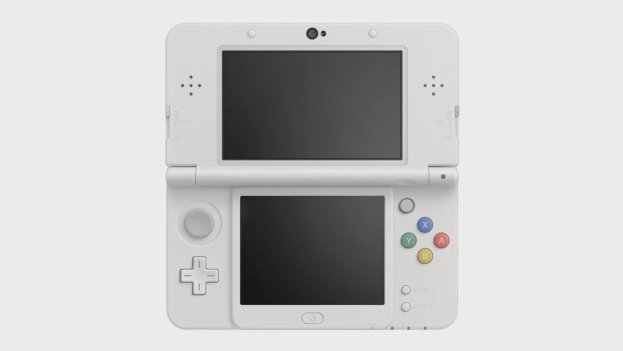 Available in both regular and XL sizes

[Update: Nintendo has confirmed that DS games will still work, and to not expect an international release anytime in 2014.]

Nintendo has revealed yet another 3DS unit — the “New Nintendo 3DS.” It’ll feature bigger screens, colored face buttons, a second stick (a tiny nub called the “C-stick,” modeled after the GameCube), faster download speeds, a better browser, extra shoulder buttons, and amiibo functionality (NFC). The Nintendo Direct showed off the second stick with Monster Hunter, with the player manipulating the camera with the right nub.

Another bit of functionality Nintendo has shown is enhanced 3D. When viewing 3D effects on the side on a regular 3DS or XL, it’ll become blurry. But on the “New 3DS” it’ll be very clear regardless of the direction. Look at the gallery below for a visual representation of this concept.