Number 5 will surprise you!

To celebrate the release of Shin Megami Tensei: Strange Journey Redux in Japan, Atlus has revealed the results of a recent popularity poll held in Japan. The poll ranked all 345 demons that will appear in the game, which is an impressive number. Rather than revealing just the top 10 however, Atlus has the entire results shown in a video that goes for almost three hours.

Now before you get up in arms about how x demon got y spot, it’s important to remember that unlike the rest of the world, Japan has all the material for the franchise. This means that they’ve known some demons for much longer, or have seen them in far more prominent roles, such as Loki in the original novels that started the franchise. There’s a lot more going into each pick than you would initially suspect.

Without further delay, here are the top 10 most popular demons.

And your winner, the most popular demon as determined by Japan, is… 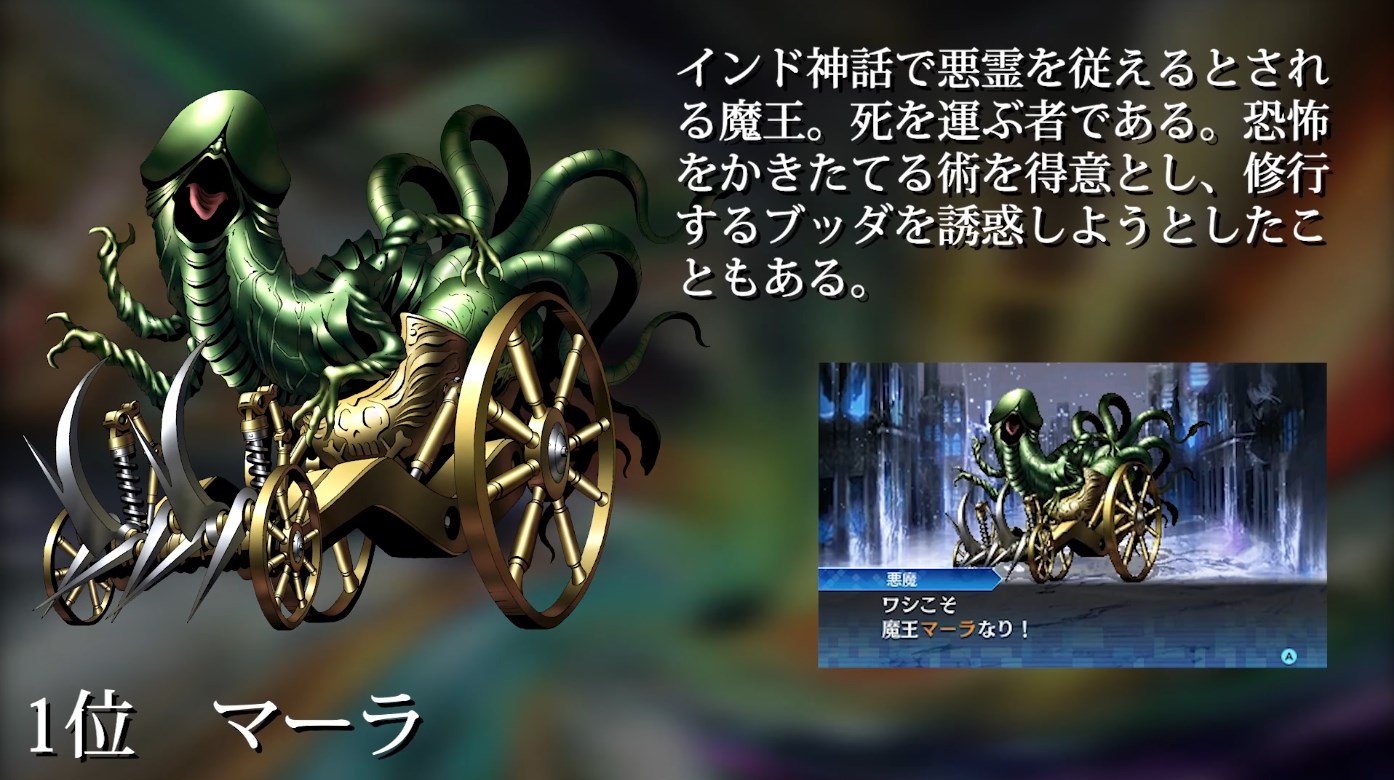 What? Did you really think the giant penis monster on a chariot wouldn’t win these polls? They’ve known her since it was just a penis with tentacles, of course she was the most likely one to win! There’s an expensive statue for her for goodness sake. Also a reminder that Mara is portrayed as a goddess in Strange Journey, which is different from the usual portrayal.

If you’re sad you don’t have Mara goodness in your life right now, don’t worry. Shin Megami Tensei: Strange Journey Redux will be releasing worldwide next year, so you can take Mara in all her glory everywhere you go. If you absolutely need to see every detail of that glorious cock, Shin Megami Tensei V will be coming to the Nintendo Switch at some point in the future.