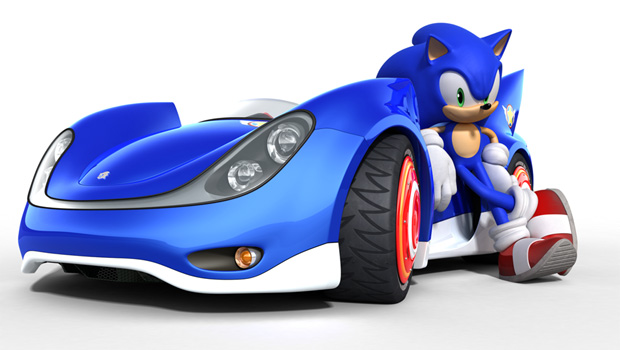 Everything about Sonic & All-Stars Racing Transformed is just, like, a billion times better than Mario Kart. It’s got incredible Sega cameos, inventive tracks, and some pretty sweet tunes. I thought I was completely done with kart racers, but I’m ready to make a very notable exception.

This latest trailer explains the various modes in the game. We’ve got “World Tour” and “Challenge” modes for solo players, and then there are split-screen races, online competitions, and battle arenas for multiplayer action. Amazingly, you can combine online and local split-screen play.

According to this interview with lead designer Gareth Wilson, there are even wilder multiplayer options for Wii U owners. You can run five-way split-screen races with the fifth player on the GamePad, or you can try out one of the exclusive asymmetric modes. In the Shinobi event, the GamePad player can see everyone’s location while he remains invisible on the main screen, and he must crash into the other racers and turn them into ninja as well. In the Super Monkey Ball event, the GamePad player tries to squash everyone else with a giant Monkey Ball.

It appears that the PS3 and Xbox 360 versions are being bumped up from their November 20 release in order to launch alongside the Wii U version on November 18. Vita and 3DS owners will need to wait until December 11, while PC and iOS players still have no announced dates.