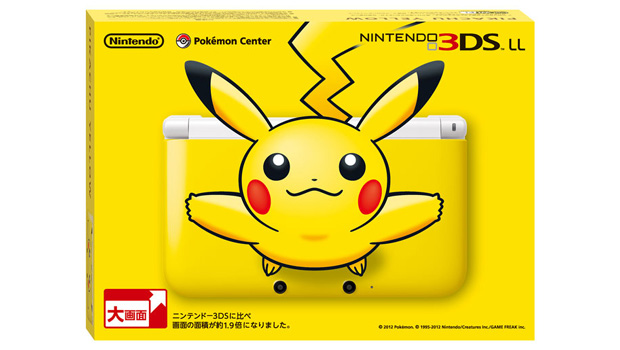 Japan and its five bazillion handheld models. What do Sony and Nintendo expect people to do with so many multi-colored devices? Build a rainbow fort?

The 3DS XL (3DS LL to the Nihon-jin) was only released two weeks ago in Japan. Hell, it won’t be out here for another two days. That hasn’t stopped Nintendo and the Pokémon Company from announcing a special Pikachu Yellow edition of the supersized portable. Like most 3DS models, it is two-toned — yellow on the outside and white on the inside. You know, like a Twinkie.

You’ll only be able to obtain this gizmo by pre-ordering from a Pokémon Center between August 25 and September 14. The machine will then be sold on September 15 for the normal price of ¥18,900. No word on whether Pikachu will be gracing other regions’ XLs, but I don’t think Nintendo is one to pass up on such easy money.