Anywhere from 6 to 26 in stock at each Target

[Update: according to this leaked document by CAG user Kurosaki-san, there will be no more Rosalina shipments for Target for the foreseeable future. The exact wording is that “this item will not be replenished.” We’ve reached out to Target and will update with any pertinent info we obtain.]

[Update #2: A Target employee has confirmed the authenticity of this document, an internal newsletter called “The Vibe in Electronics.” They state that running out of stock and not getting more shipments for a Target exclusive item is common. They also cement the fact that Sheik may be rare as there haven’t been many shipments coming in at all, but Toon Link is in fact common.]

[Update #3: It looks like that’s all she wrote for online orders, folks. Target has taken the Rosalina listing page completely offline.]

With the Target exclusive Rosalina amiibo pre-orders selling out in the dead of night within minutes and my Japan import is currently stuck customs, I still needed to snag one. So this morning I woke up with a fellow local amiibo enthusiast and decided to head to a few Target stores at opening to see what I could find. I ended up getting one Rosalina in total, but my results were mixed.

I had gotten a tip that one store roughly 30 minutes away would have 26 in stock and I’m lucky I went to that one. The line was pretty small as we arrived 20 minutes before opening, consisting of only three people in front of us. 10 more ended up showing up by the time the doors were unlocked at 8AM EST. 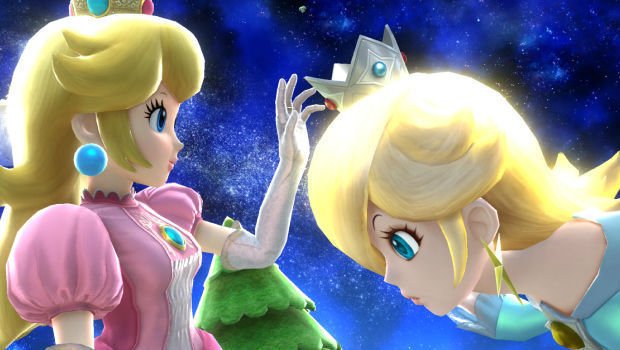 That particular Target had a flyer taped to their electronics monitor noting to only sell one total amiibo of the Sheik, Toon Link, or Rosalina variety to customers. Not one per SKU, but one total of those three. They seemed to be pretty strict about this policy, but I’m getting reports of “no limits” and “one per SKU” alike. Everyone who went at opening was fairly cordial and formed an orderly line — only some Targets are actually handing out tickets, the rest are a free-for-all type situation, so expect some running.

The next Target I went to only had six Rosalinas in stock and sold out immediately. The third store said that they had 16, but also sold out right away. Both my second and third Target stop were completely sold out of Sheik and Toon Link amiibo at that point — but there were plenty of Bowsers, so don’t think he’s rare or anything.

I’ve heard multiple reports around the US of Targets getting this mixed amount of stock. Some in my area didn’t get any, so if you ended up going to one of those Old Maid stores you’re basically screwed, because by the time you hit the next location they’ll be gone. You may still have a chance at Sheik and Toon Link, but don’t waste your time driving an hour or more away for Rosalina at this point. There is no indication yet that Toon Link is rare (people probably hate-bought him since they left empty-handed with Rosalina), but all signs point to the fact that Sheik is the rare figure in Wave 3 (Ike is also rumored).

Just like Lucario at Toys”R”Us last week on opening day, it seems as if the entire country sold out of Rosalina within 30 minutes. The jury is out on whether or not more stock will come in, and you’d hope that would be the case with an exclusive amiibo, right? With the way Nintendo and retailers have been handling this situation, you never know.

You can also try using this resource to search local Targets in your area with the DCPI above going forward. If you’re going this morning go straight to electronics, and hit the customer care button to get a team member straight away, then ask about Rosalina with the DCPI handy just in case.