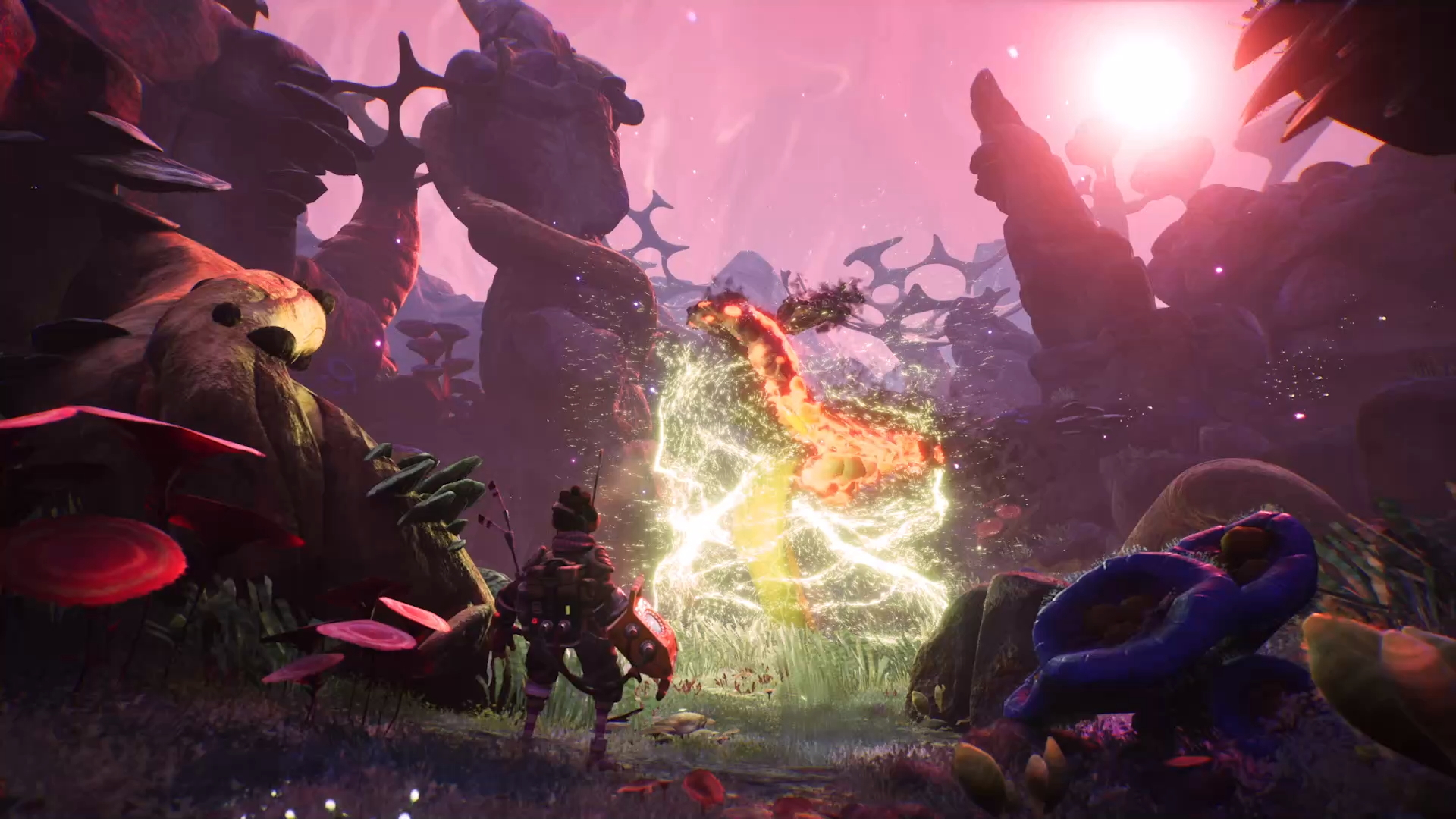 The SteamWorld studio dives right into The Gunk

Announced during today’s Thunderful World event, The Gunk is a new game from the SteamWorld developers Image & Form, all about dealing with all the gunk. It has frequently given me Super Mario Sunshine vibes, which is a hefty comparison. But given the studio’s past work on SteamWorld games, it seems like one to at least keep an eye on.

Welcome to a vast alien world in The Gunk.

Encounter terrifying enemies and challenging puzzles on your quest to unravel the mystery of a forgotten planet… Can you save it in the process?

The Gunk will hit both Xbox One and Xbox Series X|S, as well as PC via the Windows Store, on Dec. 16. It’s coming to Game Pass on day one too, so if sucking up the gunk seems interesting, there’s something to do over the holidays.

A few other Thunderful games were confirmed for Xbox today too. Moody monochromatic puzzle platformer White Shadows was locked in for Xbox Series X|S on Dec. 7, the Half-Life inspired Industria will come to the next-gen Xbox in 2022, and the gorgeous-looking Planet of Lana is still set as an Xbox console exclusive in 2023.

As for the SteamWorld folks, they had a few announcements aside from The Gunk. They showed off SteamWorld Headhunter, the next game in the SteamWorld universe, and SteamWorld Dig 2 is free-to-keep for a short time on PC.