Today, Wave 4 of the amiibo shopping “experience” begins. We already assumed it was going to be hell on earth based on the pre-order process, and it turned out to be fairly uninspiring all around as shops opened across the US. 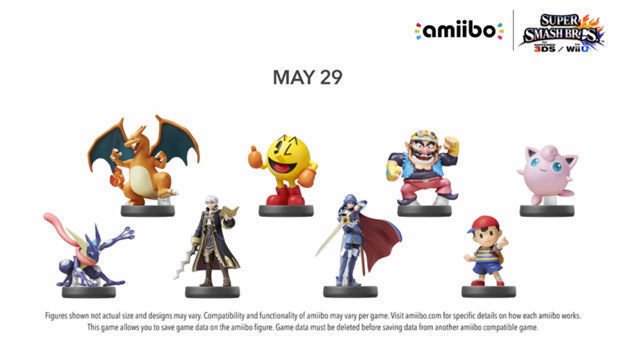 Here is the absolute worst part about the Wave 4 launch — everything is coming out at the same time. Did you want Greninja and Jigglypuff, and missed the 15-minute online order window at 3AM EST? Tough. Unless you have a loving spouse or a family member to wait in line at another store, you have to choose between them. The same goes for Ness, an exclusive that you’ll need to go to a GameStop location at opening to snag today. Silver Mario throws another wrench in the equation, as he was only officially announced roughly a week ago and tossed into the mix seemingly to watch consumers squirm.

The GameStop I went to was completely sold out of everything but Pac-Man, Silver Mario, and the Splatoon amiibo when I arrived. In case you’re wondering, the Splatoon series is looking exceedingly common. Charizard and Wario’s rarity kind of jumps store-to-store, and I’d expect a Diddy-like situation in the future where they are rare at first, then become common. Pac-Man seems to be a confirmed common. Ness seems to be very rare, but I don’t know if he’s a unicorn just yet, unlike Shulk. Surprisingly, Silver Mario seems to be everywhere today, but who knows what his status will be next week. This is what the GameStop situation typically looks like elsewhere.

Again, Robin and Lucina are as rare, if not rarer, than Marth at this point. Many stores didn’t even have them, and my location only got two of each. I’ve been listening to testimonies all day, and the rub on Target is that although rumors circled that each store would get as many as 20 Jigglypuffs, most of them only obtained 4-10. 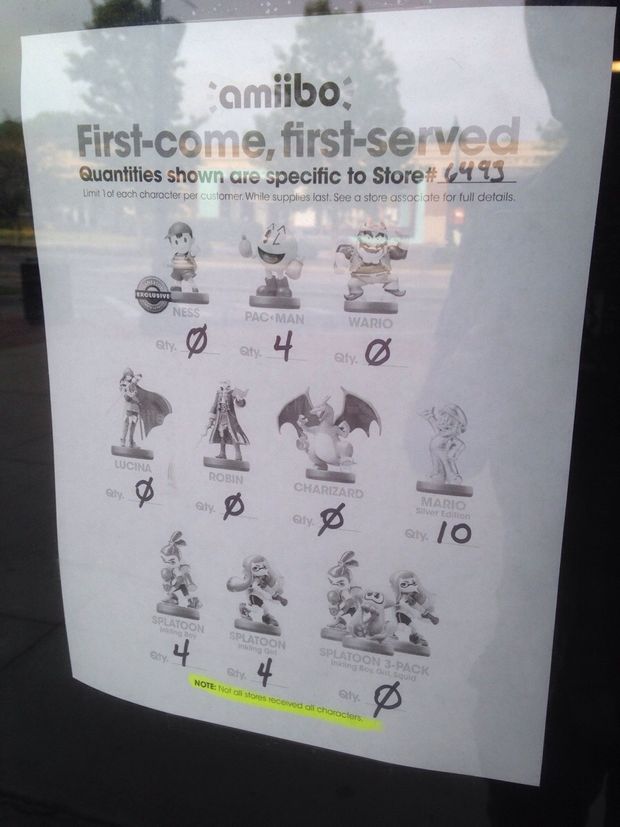 One tip I’ve heard from the East coast crowd is that lots of folks are heading to Target, and not Toys”R”Us, so you might be able to sneak into a smaller line there. Though it must be said that the latter is not getting a lot of extra Greninja stock across the country, with most going to pre-orders — call your store if possible first to avoid disappointment.

For those of you who are in earlier timezones where retail locations haven’t opened yet, the folks over at Amiibo News and Nintendo Inquirer have concocted a pretty killer shopping guide for today. If you’re going out, good luck!