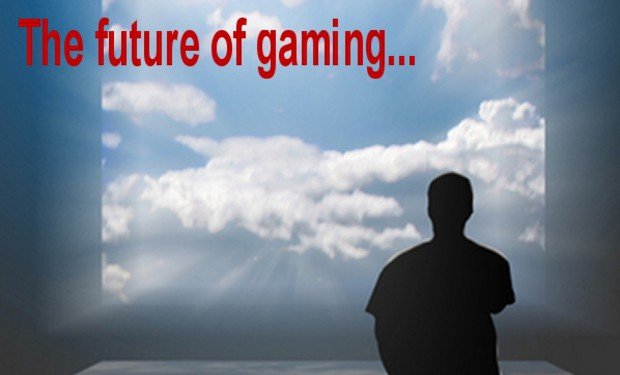 The year is 2029, I’m 67-years-old, and the time is 7AM. My pillow started vibrating as my morning alarm clock went off. The persistent harsh vibrations became more and more annoying, so I finally gave in and jumped out of bed, had a mist shower to conserve water and ate breakfast. “Ah… the whole day for gaming, I just love Mondays!” I walked into the living room and my TV recognized my face and Alice (a descendent of Milo) spoke up and said “Elsa, just a reminder that it’s your husband’s birthday tomorrow and you have a phone message from your brother. Can I help you?” I replied “game” and saw the light come on with my AppleXstation. Sony had almost won the console wars when they were the first to bring out 3D TV’s with an integrated gaming unit called them PlayStationTV and getting some of the other TV manufacturer’s on board. However, when Apple decided to get seriously into gaming and had bought out Microsoft’s failing game division they had backed holoTV and Sony soon gave up. The AXS was really the only gaming console used nowadays.

The AppleXStation attached to any HoloTV. The system was primarily a gaming system and holographic storage. TV’s had long since been integrated with computers and phones but new models still constantly came out. While 3D TV had been pretty cool and didn’t require those silly glasses, HoloTV just felt more real and the image could be rotated by turning one’s head or seen from any angle by walking around it if you had the head tracking turned off. I called up the RPG channel and sat and watched a game currently in play but this wasn’t what I felt like this morningvso I switched channels until I found “Call of Duty – Season 3″ on NBCFox. I watched the show for the full episode, then brought up “game mode”. This was a network show. Most TV channels were from the U-tube generation and were user-created TV, but there were still a few networks around that survived by integrating their TV shows with direct gaming applications. I went into the lobby and outfitted my Holo-avatar or Havatar with my COD gear and I was still a little pissed off about the recent laws forbidding changes to the scanned avatar. Governments had passed these laws in an attempt to make us realize that our sedentary lifestyle was leading to a society of overweight unhealthy people, and while I was still healthy and a fairly trim weight, it still looked odd to see my grey hair and lined face in military gear, especially when we played as the rebel faction.

I saw a few of my friends on my buddy list join the lobby and quickly beeped them, their faces materializing on the side of the screen. “So, ya wanna play through the episode in team mode… that one area where we have to sneak past the guards is gonna be nasty!” one said, while the other jumped in with “yeah, looks more fun than last week’s episode… I have some good strategies we can use for this one!”

I started the game, and three figures materialized complete with fully three dimensional buildings and a forest. I could tell one of my buddies was using the gun peripheral and was likely standing up but she was at one of those new gaming arcades and had a full blank room with all 4 walls having holo projectors – most of us still gamed on our butts in a chair and these systems were still too expensive for the average consumer. For most games, the use of a standard controller still gave finer movement and I saw her gun making wide arcs as she tried to get used to turning and aiming the larger peripheral. Meh… she was going to be a burden to our squad but at least she was getting some exercise I guess.

I looked up one last time and quickly cupped my hand over my mouth which was the self mute function, then said aloud “Alice, turn on head tracking, do an Internet search for a good chicken recipe with almonds for dinner, hold calls and remind me at 3:30 that it’s time to start dinner – unmute”. A small icon lit up on the upper corner of holo screen, to indicate that the computer had accepted my orders. The background music and ambient forest sounds welled from the surround sound system as we started on our way.

This is very obviously fiction, but much of this technology exists or is close to existing. 3D TV’s are here and large amounts of money is being put into holographic TV technology and holographic storage. They will exist. Convergence will occur, we are already seeing computers merging with TV and it’s a logical next step. Microsoft’s Milo may never evolve as a great gaming application, but it does make sense as a better user interface with it’s facial and vocal recognition abilities. Internet TV is also here and with the increase in reality TV shows and Utube home videos, it’s only a matter of time before people start creating their own shows and “TV stations”. I don’t know if watching a game will ever be as entertaining as playing one, but this too may one day evolve.

Overall I do think that while things change, they’ll also stay the same. TV’s will still sit against a wall so that people can socialize and watch together. While virtual reality cocoons will also exist, I don’t think they’ll be a standard item as people are still social in nature. Same goes for Holo-rooms. Yes, it may be possible, but logic says they would be in game arcades first and may never enter homes except for the homes of the rich and famous. They are just too impersonal. Peripherals will grow and prosper, but essentially the controller will still be the most comfortable and accurate form of input. While active games exist, so too does “classic” gaming.

At least I hope so cause at 67-years-old, I’ll want to be in a comfy chair doing my gaming!

* It was a Sega/Nintendo videogame world. Nintendo had the NES/Gameboy and Sega had just introduced their Genesis. NEC was working hard to sell their new TurboGrafix 16 Console.

* The World Wide Web was born when Tim Berners-Lee, a researcher at CERN, developed HyperText Markup Language, which included the use of a URL (uniform resource locator) and HTTP. The first “world wide web” server and browser came out in 1991. “The World comes online” becoming the first commercial provider of Internet dial-up access.

* Microsoft introduced Windows 3.0 which was compatible with DOS programs and introduced the ability to use a 256 color adapter while previous versions had only supported 16 colors.

… and this was the average cell phone: