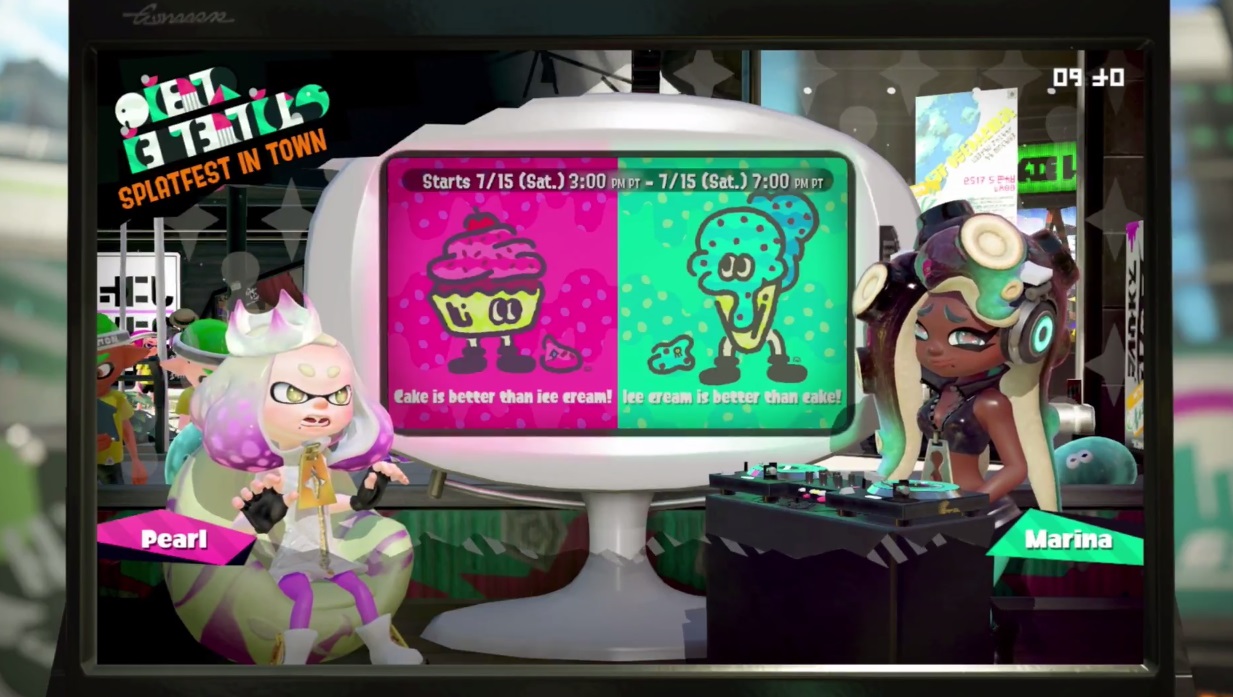 Newcomers Marina and Pearl, which aren’t fully replacing Callie and Marie (as they’re still confirmed to be part of the game), will be hosting Splatoon 2‘s first Splatfest — but there’s a twist.

It’ll actually take place a week before the game is out on July 15, featuring a showdown between cake and ice cream. All you need to do to be a part of it is grab the free demo, and you’re good. Splatoon 2 will arrive worldwide on July 21.

As announced in today’s Nintendo Direct, friends can play Splatfests with each other finally, so there’s a much higher chance I’ll actually partake in all of them this time.

Choose your side and fight for your dessert of choice on 15/07 in the Splatfest World Premiere demo event! #Splatoon2 #NintendoSwitch pic.twitter.com/rUHUCEbvOq