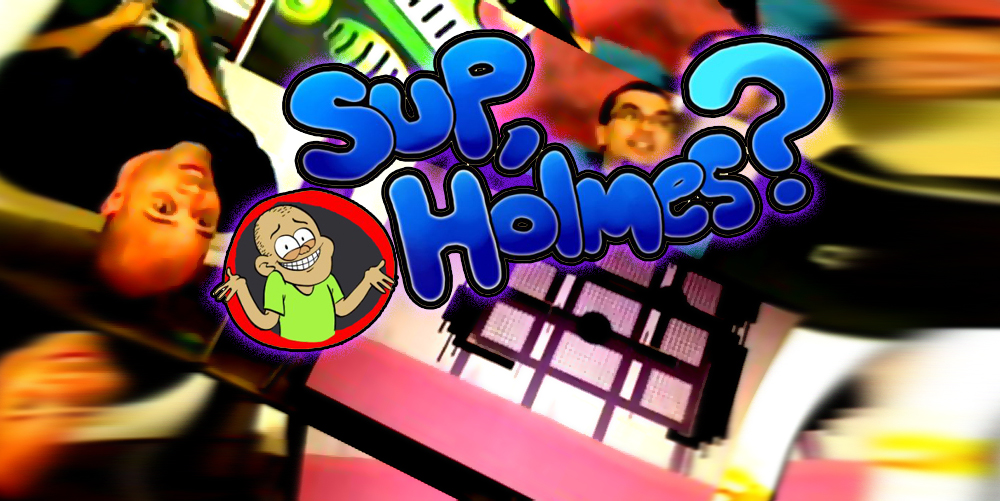 It’s the last episode of Sup Holmes everybody! We’ve still got plenty of reruns from the last few months of the show to post on YouTube, Libsyn and iTunes, but when it comes to new live episodes of the show, this is the end of the road. For those of you who have ever taken the time out to check out Sup Holmes, I want to thank you from the bottom of my heart. The show has been a passion project from day one, for both our guests and for me (the host), and the fact that we’ve been able to share that passion with our viewers and listeners nearly every week for over four years has been nothing short of a blessing.

Sup Holmes started back in 2012 after someone (maybe me?) proposed that Dtoid start selling a shirt that said “Sup, Holmes?” on it. This was before Twitch blew up to the size that it’s grown to today, and Pewdiepie was still still a relative unknown, so no one knew if this “live streams about video games” thing was really going take off. Hamza ‘CTZ’ Aziz (former CEO and Community Manager of Destructoid) had a lot of fun with them though. The charity live stream we helped run for Super Meat Boy back in 2010 had raised over $2000, which seemed like a huge amount of money for something as obscure as a “video game live stream”, which gave us some optimism about doing a stream for game developers as well.

More than anything though, Hamza thought we needed a show on Destructoid with the name “Sup, Holmes?” if we were ever going to have t-shirt that said “Sup, Holmes?” on it, so this show was born. Of course, we never actually ended up making the t-shirt, but we did end up talking to 200+ different game developers (including Mariel Cartwright, Jonathan Blow,  Erin Robinson, Edmund McMillen, Natalia Figueroa, Shawn Alexander Allen and so many more).

I’m going to miss doing this show a lot, and I hope to be able to help create something like it again in the future. In the meantime, I hope you scroll the 200 episodes of the show we managed to pull of on this run, and take a listen to one you’ve never heard before. Despite the fact that video games are gradually becoming the world’s most dominant art form, the people who make games remain relatively unknown and unheard outside of  flawed social media communications systems like Twitter or Facebook.

My hope for this show was to show the humanity behind the games industry, to feel the psychology of the people who are willing to risk financial, professional, and emotional security all for the chance at creating a little electronic world for us to inhabit. I did my best.

So for this, this final Sup Holmes, we’ve welcomed Hamza to show to talk about his current work on GoNNER (created by former Sup Holmes guest Ditto), our past work at Dtoid, and whatever else comes up. Please ask us question! We’re going to miss you.