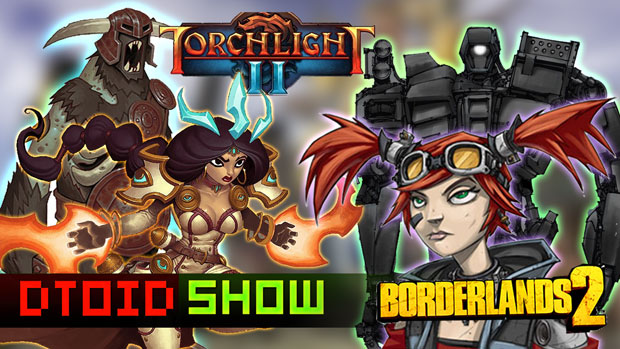 I may not have been in attendance this year, but that doesn’t mean we don’t have plenty of news to recap from this year’s wonderful-but-slightly-less-so-because-I-wasn’t-there PAX East!

First up, Gearbox announced a new character class as post-launch DLC for Borderlands 2, Torchlight 2 might be releasing as soon as “a month after Diablo III,” and Dark Souls has been all but confirmed for a PC release this June. Today’s episode also sees a list of our personal ups and downs of PAX, including Super Time Force, Bit.Trip Runner 2, Aliens: Colonial Marines, and Far Cry 3. Which was the big disappointment? Watch the video to find out!