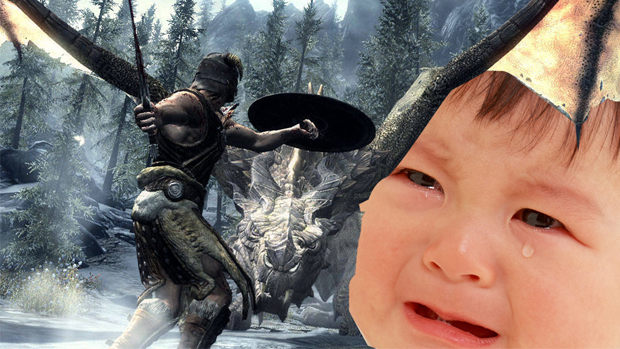 Good evening, and welcome to the 160th episode of The Destructoid Show! You’d think after 160 episodes we would’ve run out of introductions for our show posts, and you’d be right. I’m terrible at these things. Let’s talk some videogame news.

First up, it looks like 3DS price drop has put some pressure on Sony to lower the price of the upcoming PS Vita. Sorry guys, I spoke to Kaz Hirai last week and it ain’t gonna happen. Next up, we got some bona fide gameplay footage from Sonic Generations, a cease-and-desist love letter from Bethesda to Notch, an unexpected delivery, and a whopping 22GB download for Rage on the Xbox. No wonder John Carmack likes PC games better!

Last but not least, rumor has it that Kim-Jong Il has created an unstoppable army of video game hackers who designed a special software that allows them to continuously generate in-game points in the semi-popular MMO Lineage and Dungeon Fighter. Look, Kim Jong-Il. If there’s one thing Tommy Wiseau has taught us, it’s that you don’t have to resort to internet cybercrimes to make six million dollars. Just manufacture a few thousand leather jackets and export them to the US for lots of money. Like we’d know the difference anyway!