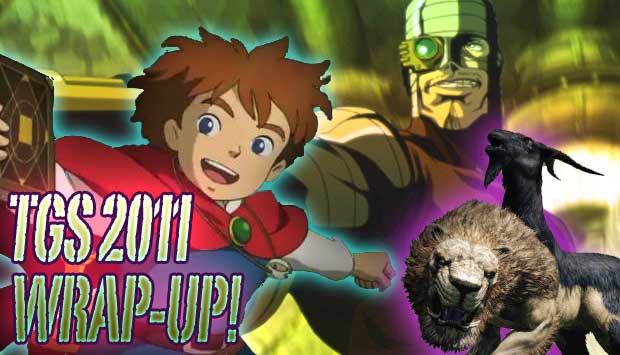 Greetings, viewers! We’re back from the weekend with a hangover and a handful of news for ya!

Now that Hamza “Harry” Aziz is back from terrorizing those poor Japanese women, we’ve been blessed with our remaining news from the Tokyo Game Show. We learned that the PS Vita will be region-free, won’t have nearly as many pesky firmware updates as the PS3, may have expensive memory cards, and will have an optional external battery available sometime next Spring.

On the video game side of things, Dale has a new obsession with Theatrhythm Final Fantasy and Ni no Kuni, and Allistair Pinsof recently previewed Dragon’s Dogma and Rhythm Thief & the Emporer’s Treasure. Also, Deadshot will be a character in Batman: Arkham City, the ESRB finally rated Skyrim, and Netflix is getting into the video game business.