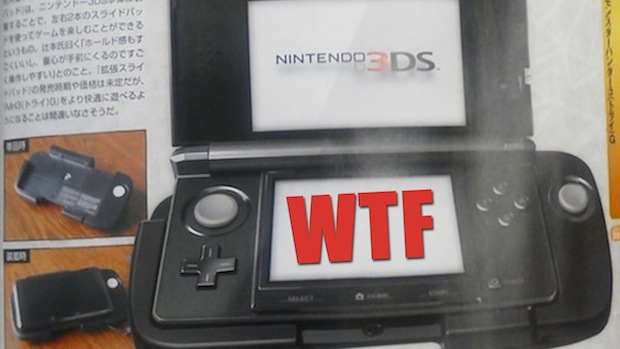 Hey gang, another one of these damn videos about the guy with the hair and the redhead saying stuff about the video games that the kids play.

First, Nintendo introduces a great new expansion pack for the 3DS, which lets you play with a second circle-pad. Then there’s a list of new games for the Playstation Vita. The initial PC release of Dead Island was a console dev port, which Techland is fixing. Also, this lady walks like an orangutan. The PSN Play thingy is still happening, and this week sees the release of Bloodrayne: Betrayal, which looks to be a hit among Castlevania fans. Batman: Arkham City has a new game plus mode, but who cares about that? Chris Daughtry is on the soundtrack, watch me make fun of him!

Spoiler Alert: The Destructoid Show is about video game news, and I managed to steer the discussion to my favorite R&B song from 1995. Give me my Pulitzers right now, give me all the Pulitzers.

Also, Tara’s going to be on our dear friend Anthony Carboni’s new show, New Challenger. You should go watch it, because his set is much cooler than ours.