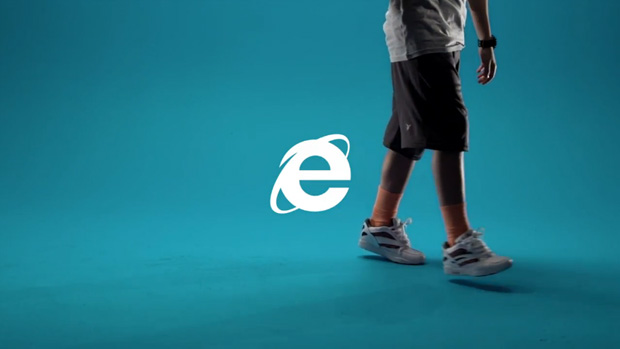 Perhaps you’ve seen this ridiculous Internet Explorer advertisement that Microsoft posted a few days ago. It’s trying to appeal to our nostalgia for the 90s with a montage of assorted consumer goods that have absolutely nothing to do with web browsing, parading a bunch of stock child actors who were not even f*ckin’ alive during the 90s, and somehow that’s supposed to make me want to go back to IE why!? The only thing I take away is that IE is stuck in the 90s, which is why I don’t use it anymore.

Today, Hamza Aziz has got a SimCity blowout; contributor Stephen Beirne discusses the upcoming Objectify a Male Tech Writer Day; we rock reviews for Strike Suit Zero, Corpse Party: Book of Shadows, and the ROCCAT Isku FX keyboard; Namco Bandai tries to appease fans who never received their Ni no Kuni Wizard’s Edition bundles; the PlayStation All-Stars Battle Royale devs got hit with layoffs; and Boob Wars is both the greatest thing and the worst thing of all time.

Community:Community blogs of 1/25
Forum thread of the day: 2013 – Expectations from “The Big Three”

Previews:
Your first city in SimCity will suck, and that’s okay

Offbeat:
‘The Turret Anthem’ is the greatest SFM video yet
Mega Man and Sonic comic arc gets sexy 16-bit covers
New Pokemon Reorchestrated album out in February
Darksiders IS Zelda, and here’s the proof