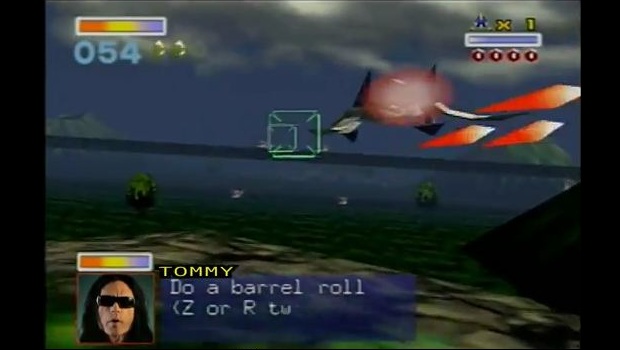 After all the shenanigans that Tommy Wiseau has been involved in recently in the game industry, this one is the most shocking yet. Apparently Tommy Wiseau has officially replaced the great Slippy Toad in the legendary Star Fox 64. What a twisted turn of events this truly has become.

Resident Evil Code: Veronica X may not be as good as we remember, I Am Alive has an ESRB rating, EA doesn’t want you to sue them and lots of other fun was had on 9/26/11.

The DTOID Show: Skyrim Gets Racy, Star Wars Gets a Date

Review: Gears of War: The Board Game

I Am Alive spotted in the wild via ESRB rating

Black Wii Fit board: Nintendo used all the white plastic

Get XP in Modern Warfare 3 from Mtn Dew and Doritos

Crimson Alliance is getting some Vengeance DLC

Should Diablo III be a rhythm-puzzle game?

The Jimquisition: Used Videogames Have A Right To Exist

Gears of War 3 is the hottest game on PS3!

How to play Resident Evil 4 HD on PS3
Media:

Our Ico/Shadow of the Colossus bonus footage sneak peek

New Rayman Origins trailer takes you around the world

Eidos walks us through Deus Ex’s ‘The Missing Link’

The long and bloody history of the Darkness

20 minutes of cosplay action from Dragon*Con