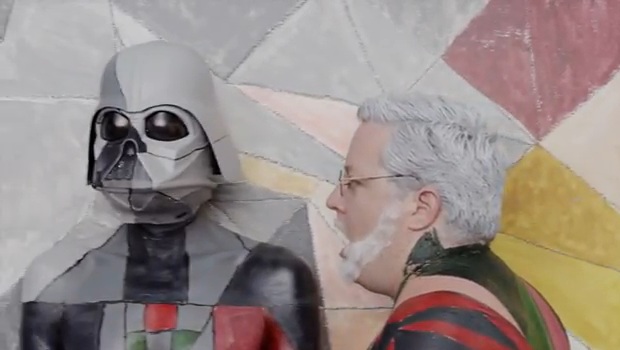 It’s the bit where the green screen comes out; that’s the part that really gets me. Outside of that, this is one of the most brilliant parody songs/music videos I’ve ever seen.

On this beautiful Monday, it’s not a million degrees outside anymore, Phantasy Star Online 2 is coming to the US, we drop the truth about New Super Mario Bros., the fate of the next Techno Kitty Adventure is in your hands, and so much more happened on 7/9/2012.

Forum thread of the day: The Cinema / Rate the last movie you saw (Page 772)

RTX: All the coverage from the South’s latest game expo

Activision’s The Walking Dead Comic-Con swag is so gross

Wii U and 3DS getting a ‘unified account system’

Phantasy Star Online 2 is coming to the west in 2013

More Dragon’s Dogma DLC is on the way

GOG.com has Legend of Grimrock for half price

Resident Evil 6 to feature over four hours of cutscenes

Rockstar Toronto getting a new place, Vancouver moving in

I am in puppy love with this Okami cosplay

Hotline Miami is brutal, violent, dark, and neon as f*ck

Dyad is headed to PlayStation Network next week

This developer diary for Survarium sets the mood