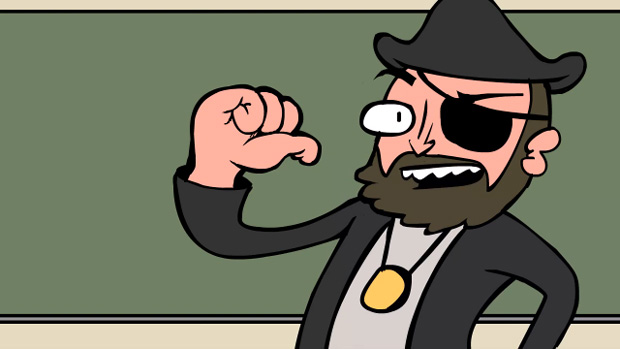 I love Talk Like A Pirate day, despite the fact that I don’t ever remember to participate. My friends Captain Dan and the Scurvy crew celebrate it every single day however (in fact, it’s Dan’s real birthday). This is a song from last year’s event. These guys are great fun, and were even on America’s Got Talent this past season (where they were unceremoniously voted off before even getting 30 seconds into their song).

Today on Dtoid,more news than you can shake a stick at from Tokyo Game Show, Jim reviewed the new Kirby collection, and other such news items.

Promoted blog: A single player in a multiplayer world

TGS: Eat up this new God Eater 2 trailer for Vita

TGS: PlayStation Plus comes to Vita this November

TGS: Ninja Gaiden 3 brings the gore to Wii U in this clip

TGS: Get hype for the Dead or Alive 5 launch trailer

TGS: This Puppeteer trailer will pull your heartstrings

Why GREE has the greatest booth at Tokyo Game Show

TGS: Yep, the Rockman Xover trailer is really something

Oboromuramasa coming to PS Vita in Japan next year

Tekken producer on Wii U online: ‘I don’t understand it’

Kirby will not make a costume appearance in Tekken Tag 2

Beautiful RPG To the Moon on sale today on GOG.com

Rayman Jungle Run is out now on iOS

Unity partners with Nintendo to bring engine to Wii U

Castlevania movie is happening, Worf is in it