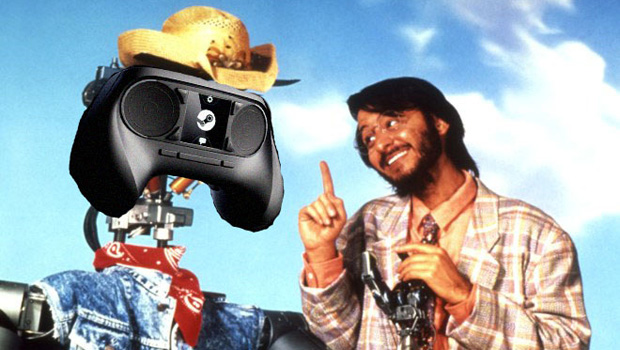 How about that new Steam controller, eh? Boy, it sure is something! Can you play Volgarr properly with it? If not, it can f*ck off.

Today, Conrad and Jordan become mighty viking deities, Joshua Derocher gets wet thinking about the Steam Machine, Steven Hansen is no “small fry” in the kitchen, former Dtoid editor Aaron Linde joins Anthony Burch at Gearbox, China decided to only sorta kinda play nicely with all the consoles of the world.

Media:
Two Killzone: Shadow Fall PS4 bundles coming to Europe
This FIFA promo will make everyone everywhere facepalm
Get acquainted with Assassin’s Creed IV’s infamous cast
Naughty Dog debuts new alternate The Last of Us ending
12 minutes of pure horror with The Evil Within
Here’s a quick peek at the PS4 dev kit UI
The next League of Legends Champion is Jinx
New Bravely Default trailer has a bit of English on it
Vita/3DS goal added to Mighty No. 9 Kickstarter
Trading in X-Rebirth looks streamlined and even fun
Xbox One touring North America and Europe
Second Life is looking good for its age