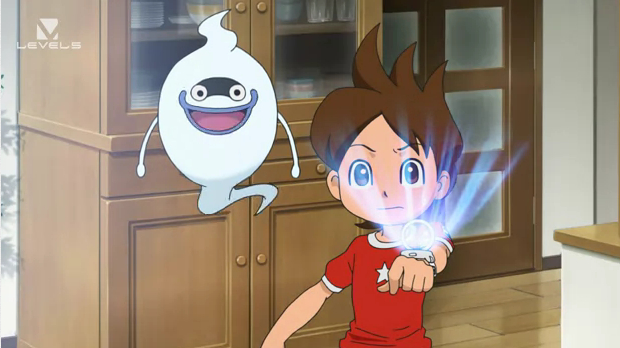 How have I never seen this before? It looks like the best thing. It’s like Persona x Ni no Kuni. Apparently Level-5 released this trailer for Ghost Watch almost a year ago and has now announced that it will be a 3DS game. As if I needed more motivation to pick up a 3DS after playing the glorious Professor Layton and the Miracle Mask recently. Too many games.

Today, the inscrutable Fraser Brown raised the ire of a lot of people with an apparently inflammatory review of Worms Revolution, community member vApathyv offered a poignant and heartrending explanation of how Max Payne 3 helped him recognize his problem with alcohol abuse, Obsidian’s Chris Avellone offered a look into how their wild Kickstarter success has freed them creatively, the gregarious Patrick Hancock previewed Primal Carnage, which has dinosaurs, and more! Also, Prey 2 is apparently still alive. Hopefully expectations haven’t been needlessly raised.

Obsidian is free as a bird with its Kickstarter millions

Team Fortress 2sdays: for the shorties

Promoted Blog: How Max Payne saved me from myself

This Week in the Community Blogs: Follow that robot!

Square Enix is looking for the Final Fantasy Super fan

Rumor: ‘Dragonborn’ to be the next Skyrim DLC

It’s a My Little Rhythm PaRappa Pony Heaven freak out

Racing is transformed in Sonic Universe #45

Speculation: Scribblenauts Unlimited gets some cameos

Tekken Tag Tournament 2 for Wii U is so weird

Monaco to see simultaneous release on XBLA and PC

DOOM 3: BFG is finally out today, have a launch trailer

Zaxxon Escape is out now on Google Play

Chivalry: Medieval Warfare is out now on PC

ASTRO Gaming has something for audiophiles