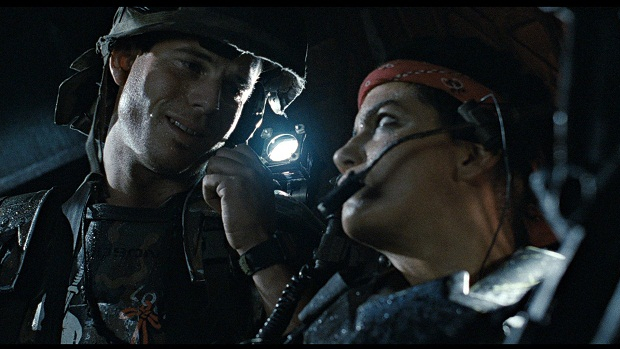 The hotly anticipated Aliens: Colonial Marines dropped today, much to the eventual disappointment of about everyone who has played it. Jim tore it up, defeated and sad, in his review, if you’re interested. But maybe there is something to Colonial Marines. I mean, how many first-person shooters allow you to play through long stretches of the game without having to fire your weapon? The folks over at PCGamesN might have inadvertently sold me on the game with this video, which hints at the subversive commentary Colonial Marines offers in a AAA landscape filled with wanton violence and … No, I’m kidding, don’t play this game.

Today, we delivered some extra Aliens related content to make up for the soggy thud Colonial Marines dropped with, Fraser Brown wrote a stirring counterpoint to Allistair’s claim that violence is essential in games, our site violated a trademark and the community showed off its ingenuity in response, Conrad reviewed Sly Cooper: Thieves in Time, which is a game that is out and pretty good, and more!