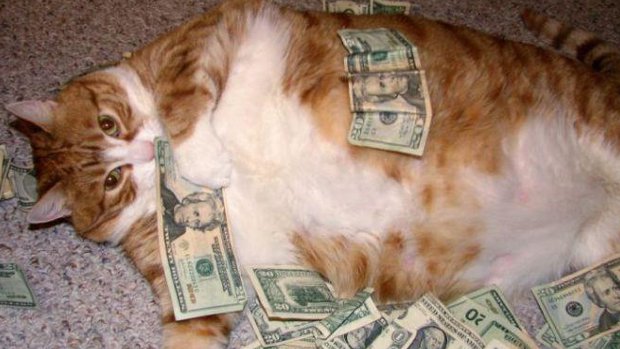 There is absolutely no connection to that headline and anything that happened today. It’s just an adorable cat holding onto a bunch of cash.

Today we have a new episode of Podtoid, some extras from the DTOID show, Rift has gone free-to-play, people will be watching other people play Madden, a guy tap dances to the Mario theme, and the Mass Effect novel has a bunch of errors in it.

Podtoid 187: The Rosa Parks of Penises

DTOID Extra: Getting tactical in Syndicate

Forum thread of the day: Tribes: Ascend (AKA Space Quidditch)

Location: You’re such a beach!

Get your Starhawk beta code here!

Preview: Mortal Kombat Vita has more ways to Finish Him

Come duke it out at Capcom’s Fight Club tomorrow

Bastion is half off this week on Xbox Live

Kaz Hirai to take over as Sony CEO in April

Syndicate will NOT be using an online pass

Madden Bowl XVIII to be broadcast on Xbox Live

Gotham City Impostors due out next week

‘Rise of the Martian Bear’ out now for Iron Brigade

Max Payne (and others) derezzed for 8-bit home computers

Take a chance with this Russian roulette Kinect hack

Dragon’s Dogma gets a story trailer full of dragons

Skyrim’s Creation Kit is awesome, way over my head

Syndicate’s Dart 6 allows you to grief your enemies